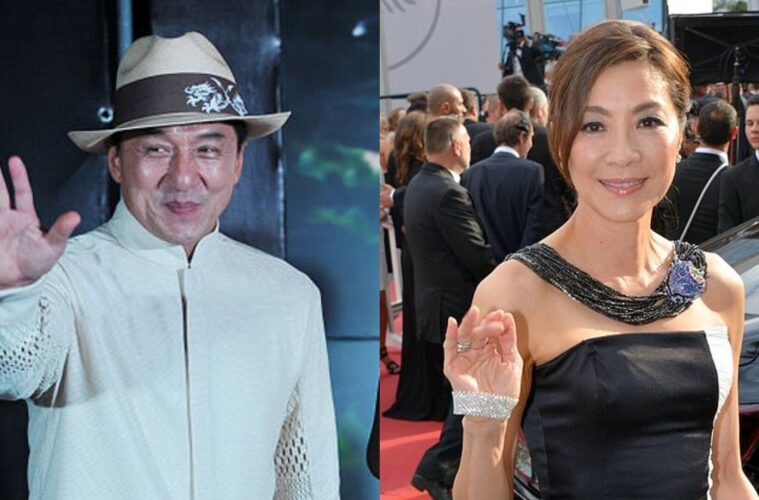 “When we first started in Hong Kong, you didn’t have help from CGI. You just went out and did what you had to do"

In an interview with the Guardian to promote her character in Shang-Chi, Yeoh reflected on her career thus far.

Recalling her 1992 film Police Story 3: Supercop in which she starred alongside Chan, the 59-year-old said the industry couldn’t rely on CGI for stunts.

“When we first started in Hong Kong, you didn’t have help from CGI. You just went out and did what you had to do.”

An action sequence in Supercop saw her performing a motorcycle jump on to a moving train. “I felt invincible,” she said of the moment.

However, Yeoh then revealed that Chan had pleaded with her not to do her own stunts. “I told him, ‘You’re a fine one to ask me to stop! You’re always doing them’,” she said.

Chan responded, ‘that’s because when you do one, I have to go one better.’ The pressure was on him, poor dude.”

The interviewer then asked Yeoh if it’s “true [Chan] thinks women belong in the kitchen rather than in action movies?”

“He used to,” Yeoh replied. “Until I kicked his butt.”

Shang-Chi and the Legend of the Ten Rings is released on 3 September 2021.

In other news, fans are losing their minds over images of John Cho as Spike Speigel.