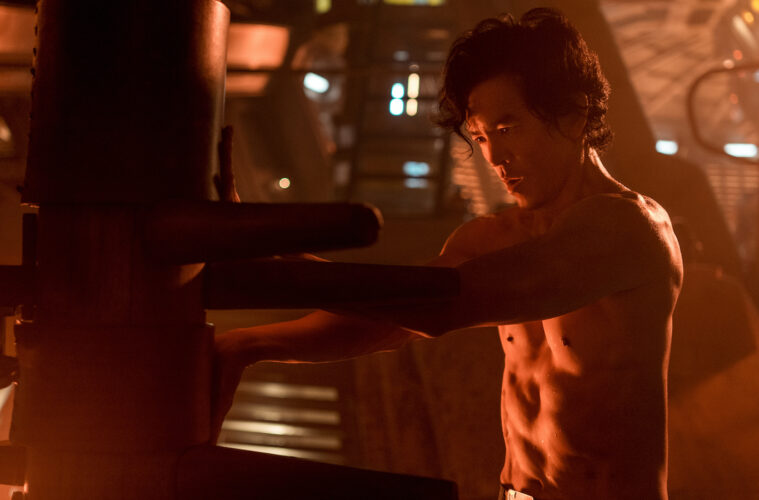 ‘Blown away’: John Cho reacts to watching ‘Cowboy Bebop’ for the first time

" I was stunned that this particular thing existed"

John Cho has shared his reaction to watching Cowboy Bebop for the first time.

Cho stars as s bounty hunter Spike Spiegel, a former hitman of the criminal Red Dragon Syndicate and part of the original crew, in the upcoming Netflix live-action remake.

Last month, fans are losing their minds over images of Cho in character.

Now, fans are being treated to Cho’s own response in seeing the Japanese series for the first time.

To promote the series, Netflix shared a video in which Cho, Mustafa Shakir (who plays Jet Black in the new series) and Daniella Pineda (who plays Faye Valentine) discuss the series.

When Shakir asks Cho what it was like watching the original Cowboy Bebop anime for the first time, the Korean American actor replied, “I was completely blown away by how unique it was. It was such an interesting combination of genres and humor and music.”

“I was stunned that this particular thing existed. I was really impressed.”

“Fans are picking up on out love for the original material,” Cho added about the anime.

Cowboy Bebop will be released exclusively on Netflix on 19 November 2021.

In other film & TV news, Squid Game has made history by becoming the first K-drama to rank #1 on Netflix’s global chart.

“Cool, Lost, Hungry” are all pretty accurate when it comes to describing Spike. we asked the cast of Cowboy Bebop to interview each other about the upcoming series. #Tudum pic.twitter.com/fexhRajt01