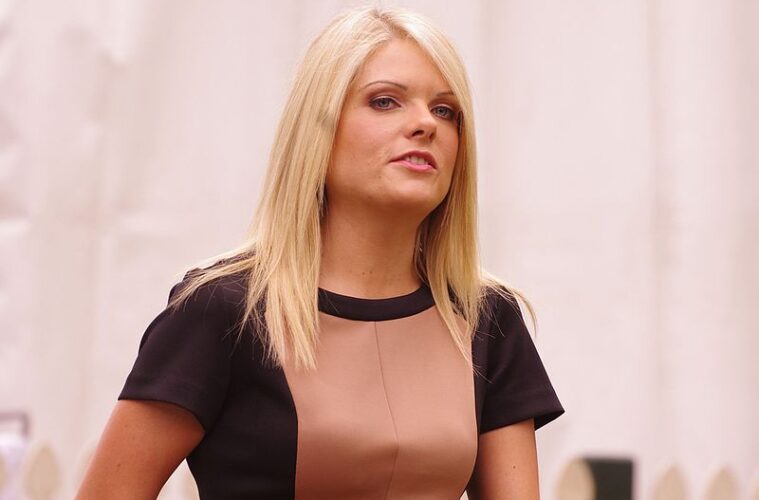 "No, I was doing a Chinese accent, absolutely, that’s been part of the humour on the show for 30 years"

Broadcaster Erin Molan has denied allegations of racism and is suing the Daily Mail for defamation.

Molan, a sports presenter on Australia’s Nine Network had come under fire after saying “hooka looka mooka hooka fooka” on air in in May 2020 on the Continuous Call program.

The 39-year-old is also accused of laughing about the mispronunciation of Polynesian, Chinese, Indian and Japanese names on the 2GB rugby league radio show.

In court, Molan said the May broadcast was not racist, claiming “it was a running joke on the show to attempt to do accents from all over the world.”

Molan’s defence highlighted that Daily Mail Austraila editor Barclay Crawford had sent an email to a journalist saying “Let’s rip into this sheila” before the website published the article about Molan.

“You were engaging in a despicable act of casual racism when you imitated that Chinese accent,” McClintock said.

Molan relpied “I don’t accept that I was engaging in casual racism. No, I was doing a Chinese accent, absolutely, that’s been part of the humour on the show for 30 years and I quoted a movie, a line from a movie, a very famous line.”

When McClintock asked whether it was racist when she said “you like raw feesh?” in a conversation about Japanese women giving birth and having sex, Molan replied “no”.

“What were you referring to?” McClintock asked.

“A very popular Japanese cuisine … I was referring to sushi,” Molan respondedl.

The Daily Mail’s defence further alleged that from 2017 to 2020, the Continuous Call team “frequently engaged in discussions containing racist content”.

“On occasions this included the mocking of ethnic, particularly Pacific Islander and Māori names. On other occasions it included crude accents (frequently Chinese and Indian) and references to stereotypes connected to particular races or cultures.”

In other news, the FBI revealed US hate crimes surged to highest level in 12 years with most offenders being white.