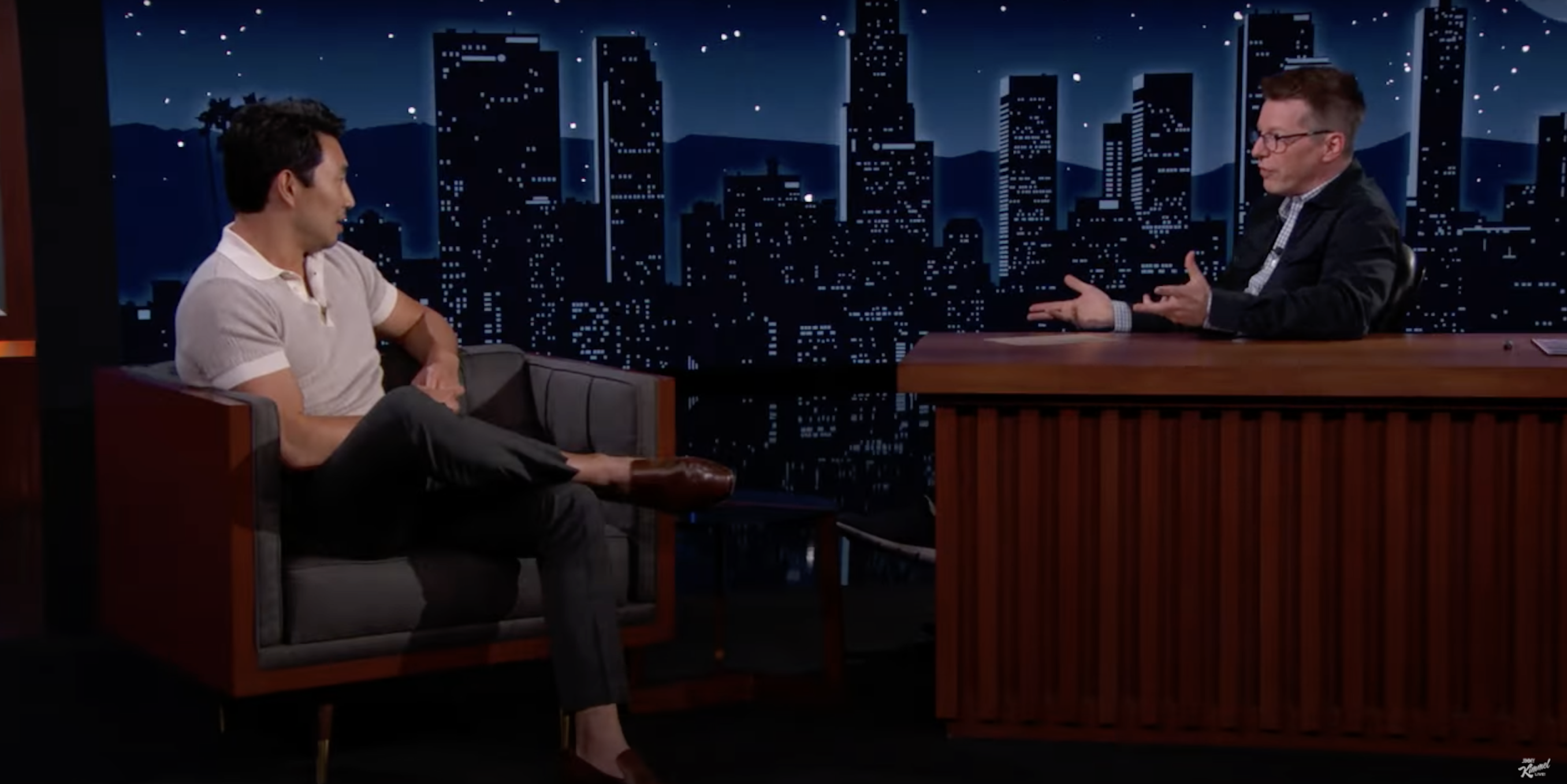 "I brought a big group. Everyone was so sweet and encouraging... But then I brought my parents."

Liu made the appearance just days after the premiere for Shangi-Chi was held in La.

In the interview, the Chinese Canadian discussed the upcoming Marvel film and his experience bringing his parents to the premiere.

“I brought a big group,” Liu told Sean Hayes, who was sitting in for Kimmel. “I brought my high school friends from Toronto, some of my friends from LA. Everyone was so sweet and encouraging.”

“But then I brought my parents,” Liu said with a sigh. “They were parents.”

Hayes asks Liu if they were proud of him.

“Yes,” Liu said hesitantly, “they were. They were piling on anxiety at every single possible opportunity.”

Elsewhere in the interview, Liu revealed he performed scenes from Good Will Hunting as part of his audition for Shang-Chi.

“When you audition for Marvel they’re so secretive about all of the scripts and everything. So the first audition that I did, didn’t know the character name, didn’t know the project, it was just two scenes from Good Will Hunting,” he said.

“Which was one of my favorite movies, which was good and bad because I knew all of the scenes, I knew the characters but I also knew exactly the way that the lines were delivered. I sent in two scenes of me doing Good Will Hunting, but me doing Matt Damon from Good Will Hunting with like the full Bostonian accent.”

Shang Chi And The Legend Of The Ten Rings will be released on 3 September 2021.