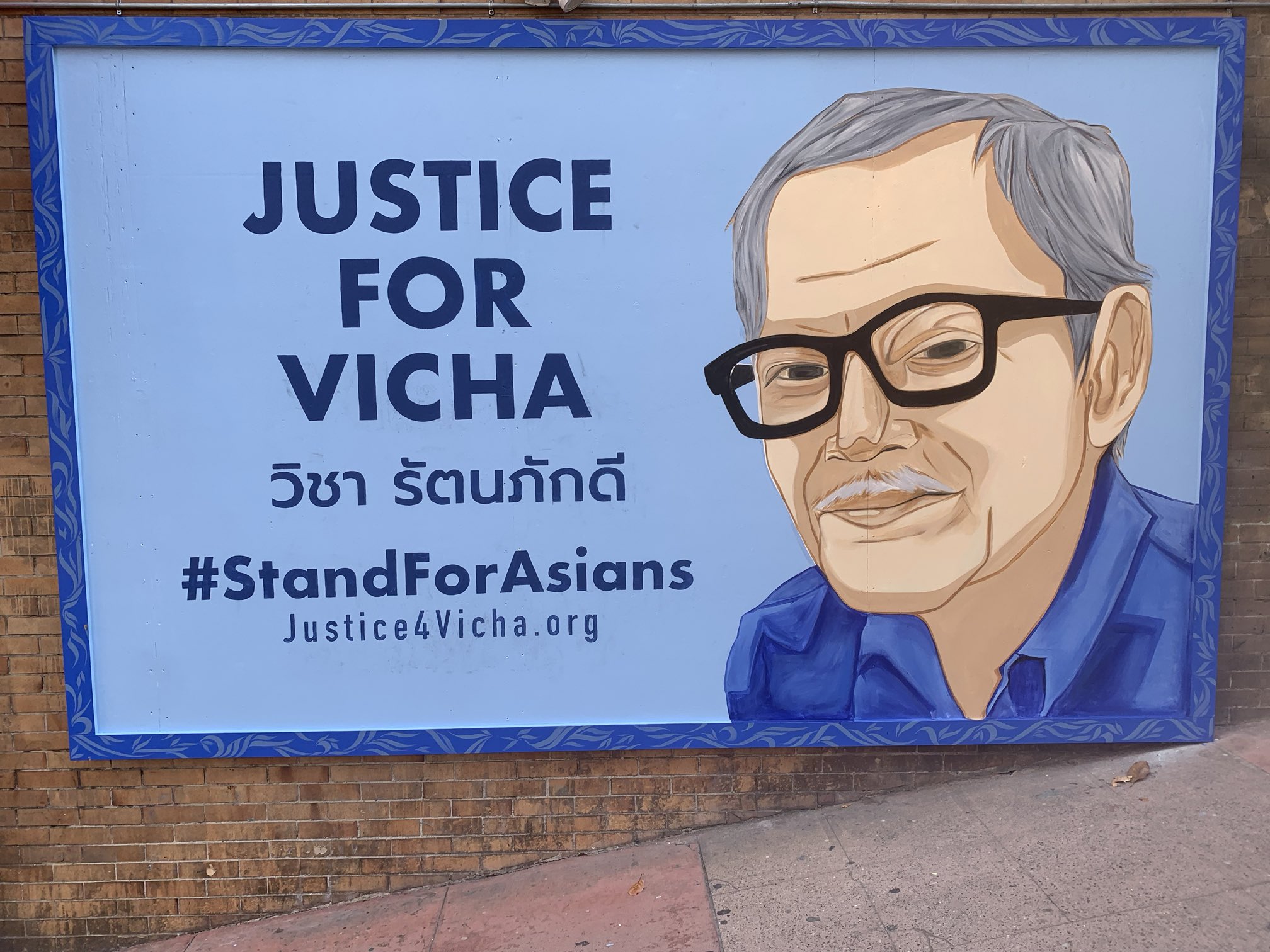 A new mural has been unveiled to honor an Asian grandfather who was killed by a teenager in San Francisco.

Vicha Ratanapakdee, 84, was senselessly attacked in January 2021. In the unprovoked attack, Antoine Watson, 19, charged at Ratanapak during the senior’s morning walk.

Video footage shows the teen running at Ratanapakdee and pushing him over, knocking him to the ground. Ratanpakdee’s head appears to hit the garage door behind him as he falls.

As Ratanapakdee’s hat flies off due to the Watson’s sheer force, the cowardly assailant runs away.

Watson was arrested for assault with a deadly weapon and elder abuse. His assailant Maylasia Goo, 20, was also arrested on suspicion of being an accessory to the attack.

On Sunday 29 August 2021, a mural dedicated to the late Thai grandfather was unveiled in San Francisco’s Chinatown neighborhood.

Along with an Francisco Mayor London Breed, two supervisors, community leaders and  Ratanapakdee’s family, the mural was unveiled to a crowd of supporters.

“My oldest son and I were talking about what we could do? I was like ‘we should make a put him on the billboard’ and it was inspired by the original art,” said Eric Lawson, Ratanapakde’s son-in-law.

“You know, grandpa Vicha and his face has become a symbol for the national “Stop Asian Hate” movement and we’re going to keep his story alive,” Forrest Liu, the organizer of Sunday’s event said.

In other news, a customer was caught on camera throwing his order at an Asian employees head after not finding egg rolls in his order.

“Justice for Vicha.” A mural to honor Grandpa Vicha unveiled in San Francisco. The 84-year-old Thai man was killed in January, pushed while walking to get groceries. @nbcbayarea #JusticeforVicha #StopAAPIHate pic.twitter.com/mkqvBikYyr