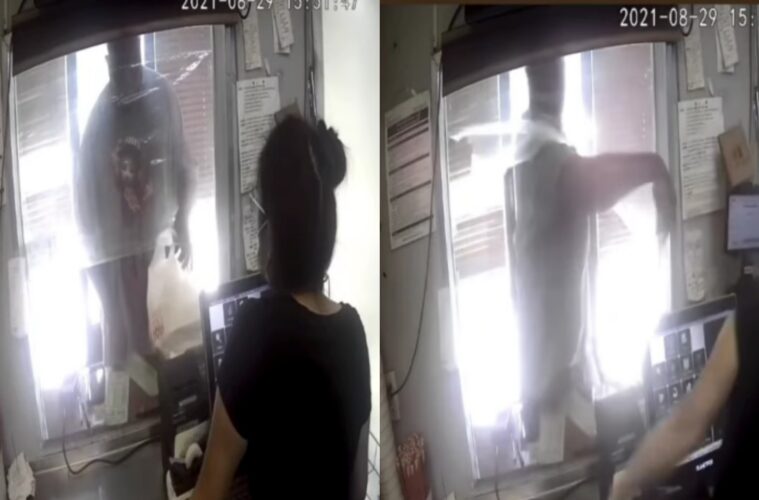 A customer was caught on camera throwing his order at an Asian employee’s head after not finding egg rolls in his order.

Identified as Diana, the employee was working at her family’s Happy Takeout restaurant in Sacramento on Sunday when the incident occurred.

After picking up his order, the customer became “really aggressive” with the workers at the restaurant because he did not see egg rolls in his order.

Diana attempted to de-escalate the situation by showing him the receipt from his order.

He then threw the order at her head and accused the restaurant of raising prices whilst shouting “dumb bitch” at her multiple times.

Diana was then able to pepper spray the man and tackle him to the ground. She suffered injuries to her arm during the scuffle.

Police have been alerted of the incident but Diana has not received help.

In other news, Daily Mail UK has wrongly used an image of Grace Meng and her family in a report about an Asian American harassment story.