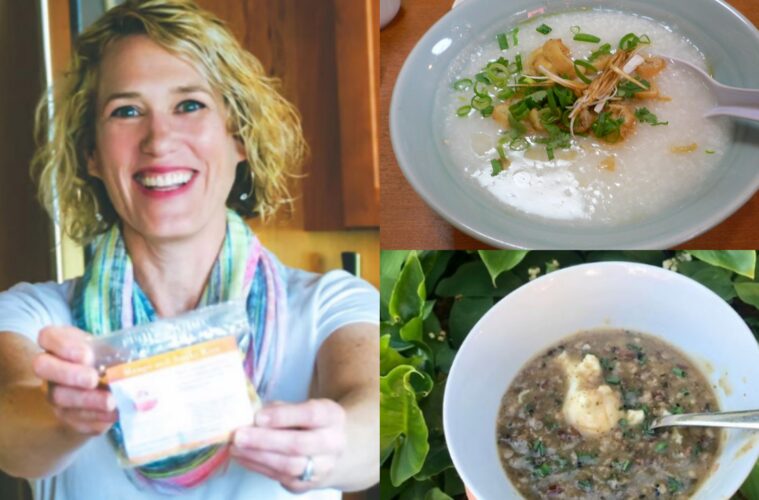 US woman crowns herself ‘Queen of Congee’, modernizes Chinese dish, gets slammed for cultural appropriation

“She's stealing our culture but does not honor it"

A company has come under fire for cultural appropriation for attempting to improve congee.

“I’ve spent a lot of time modernizing it for the Western palette — making a congee that you can eat and find delicious and doesn’t seem foreign, but delivers all of the medicinal healing properties of this ancient recipe,” Taylor said in a post on the product’s website entitled How I discovered the miracle of congee and improved it.

Referring to her re-imagined congee as a “gourmet, foodie” version of the traditional dish, which she called “the new frontier,” Taylor also described traditional congee as “this sort of weird thing.”

Taylor also wrote an article titled Our Congee Calling in which she said it was her “personal mission to hear ‘congee’ uttered as a common household word” and wrote that acupuncturists “are the ones who can bring congee…to the people around us.”

Anita Mannur, a professor in English and Asian American studies at Miami University, called both Taylor and her company out.

“What is this white nonsense?” Mannur said. “Why do you think our foods always need improvements?”

By modernizing the dish, Mannur feels that the message is “Asians are lagging behind the rest of white America, and so apparently it falls on some white woman to save Asian food from Asian people.”

“When you call foods weird, you’re accessing a whole history of racist stereotypes that what is white American is normal and normative and everything else is weird or foreign,” she said. “It contributes to how the people behind that food are seen as weird or foreign.”

Chinese-American writer Frankie Huang also criticised Taylor and her company. “She’s stealing our culture but does not honor it. It’s profiting off of us without standing up for us,” she said.

The Oregan-based company has since apologized after it was accused of whitewashing congee and exoticizing Asian food whilst ignoring its cultural roots.

“Recently, we fell short of supporting and honoring the Asian American community, and for that, we are deeply sorry,” it said in a statement on Instagram.

The Breakfast Cure also announced it would donate the larger of 1% of all sales or 10% of profit to Asian Americans Advancing Justice.

Taylor told TODAY that she was “embraced by the Chinese medicine community” and was shocked by the backlash.

Mannur criticised Taylor’s comments, stating, “saying that is like saying your best friend is Black as a counter to people calling you out for racism.”

Huang also did not buy into Taylor’s message.

“That’s not a real apology,” Huang said. “There’s no self reflection. It invalidates our anger toward what she did by demanding that people treat her the way she wants to be treated when she did not treat us the way we want to be treated.”

In other news, a man was caught on camera spewing racist abuse towards a gay Asian couple in San Francisco.