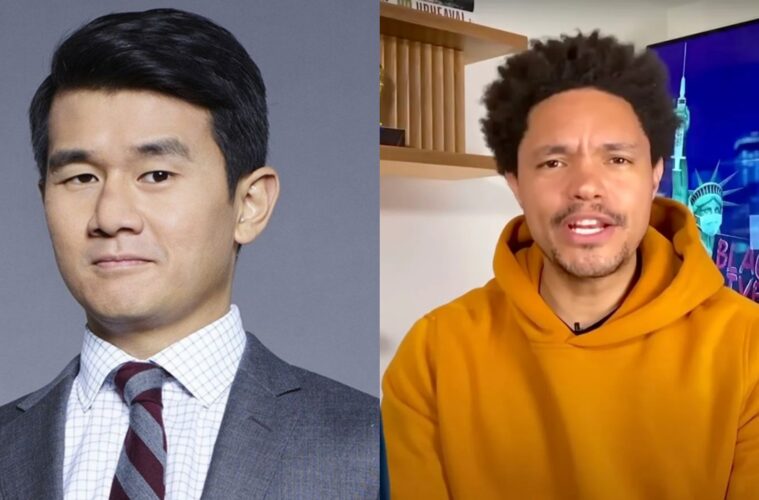 "He was thinking very selflessly"

Ronny Chieng has revealed that Trevor Noah “wanted to give Asian people a voice” on Comedy Central’s The Daily Show With Trevor Noah.

Speaking to CBS Local’s DJ Sixsmith, the Malaysian comedian expressed his appreciation for Noah who wanted to support his career.

“When I met Trevor Noah in 2013 in Canada at the Just For Laughs Comedy Festival in Montreal, he was already a rock star,” said Chieng.

“People don’t understand that the continent of Africa was already his base. The entire continent. We were both doing the comedy festival circuit. Everywhere he went, he would be the talk of the town. This guy was already super talented and well received before he set foot in America.”

Chieng went on to say that Noah felt “strongly” about giving Asian people a voice.

“He was always supportive of me and saw something in me and gave me a chance on The Daily Show,” said Chieng. “He didn’t have to do that and he probably had funnier friends or closer friends he could’ve brought on the show, but he felt very strongly that he wanted to give Asian people a voice on the show and I am very lucky to be the recipient of that. He was thinking very selflessly.”

“I am lucky to be a part of a show where our main focus is to talk about American politics and society. As far as anyone can be equipped to talk about these issues, I guess we are equipped. At our core we are a comedy show. We are here to tell jokes and make fun of things. Some of these issues get very heavy and a testament to Trevor for figuring it out.”

In other film and TV news, the trailer for Pixar’s latest film Turning Red has been released.