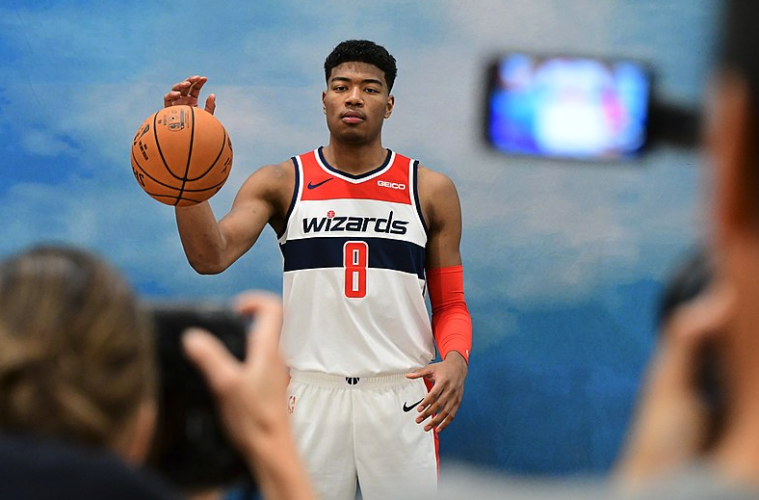 “Some people say racial discrimination does not exist in Japan. But I would like the public to take an interest in the matter”

NBA star Rui Hachimura has been announced as Japan’s flagbearer at Tokyo 2020 Olympics.

The Washington Wizards and his brother had perviously exposed racism he experienced in Japan.

Allen Hachimura, who plays basketball for Tokai University, had taken to Twitter to share screenshots of messages he received suggesting that the brothers were“born by mistake” and “should die.”

Their father is Beninse and their mother is Japanese.

“Some people say racial discrimination does not exist in Japan,” the younger Hachimura, 21, said in his post. “But I would like the public to take an interest in the matter.”

His brother, 23, added, “messages like this come almost every day.”

Now, the elder Hachimura will carry Japan’s flag at the Tokyo Games with twice-world-champion wrestler Yui Susaki at the July 23 opener.

He described carrying the nation’s flag as a “great honour.”

“I’d love this to be an opportunity for kids and everyone else in Japan to watch me and my teammates playing at the Olympics, and take even more of an interest in basketball and sport as a whole,” he said in a statement.

In other news, Konami has dropped Antoine Griezmann as its Yu-Gi-Oh! ambassador following a recent anti-Asian racism controversy.