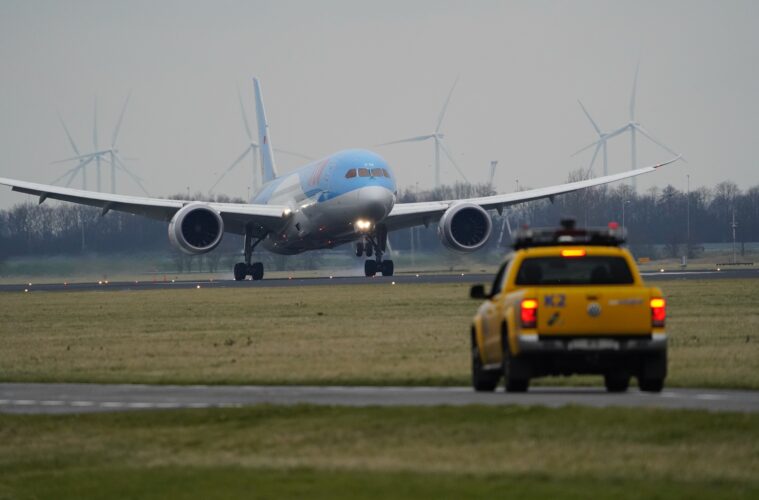 At least 22 Vietnamese are believed to be deported from Birmingham to Vietnam this afternoon at 5.30 PM (Wednesday, 28 July).

This deportation followed the UK Home Office’s first mass deportation flight plan which had so far deported about 700 foreign national offenders this year, according to the Guardian.

The chartered flight for this deportation is believed to be operated by TUI UK, part of TUI Group (Touristik Union International) – one of the world’s leading travel companies.

Charities and human rights activists have taken to social media campaigning against this deportation with hashtags of #StopThePlan, #TUIDropDeportations #Vietnam22 trending on Twitter and Instagram.

Catherine Kelly from SOAS Detainee Support (SDS) a grassroots group supporting people in detention in the UK, said, “I think there is a broader context to this deportation, which is that the home office has deportation targets that they are trying to hit.

“Partly because of COVID, they’ve been struggling to hit those targets. And because of that, they are rushing through deportations of people who do have a legal right to stay in the UK.”

In April this year, 27 Vietnamese nationals were put on a flight departing from Birmingham that is believed to have been booked with holiday airline TUI. Among them, thirteen were voluntary departures while fourteen were enforced returns with some concerned that full access to legal advice had not been made available for individuals prior to the removal, which is a breach of the department’s own rules.

“The Home Office is claiming that these people are going back to the country that they’re from have their own free will but it’s much more complicated than that,” Kelly added, “In practice, there’s huge pressure placed on people to return to countries of their origins.”

“Partly that pressure through official measures such as voluntary return scheme, where money will be offered to people to leave even though they do have a legal right in the UK. There are also informal ways to pressure people…poor condition in detention centres is a major way because people get so demolished by essentially being in prison.”

Francesca Humi, Advocacy and Campaigns Officer at Kanlungan Filipino Consortium, a charity working to support Filipino and other East and Southeast Asian migrants in the UK, said, “The UK is a top destination for people who have been trafficked from Vietnam.”

According to National Referral Mechanism (NRM), in 2019, Vietnam was the third-largest country of origin for people who went through the NRM – an entity of the Home Office which deals with people who have been trafficked into or within the UK and have been exploited.

“It is likely that some of the 22 people scheduled to be flight this evening are survivors of trafficking and exploitation and will be at risk of re-trafficking once they go back to Vietnam.

“It’s important to emphasise that people should have the right to choose where they migrate and settle…this deportation back to Vietnam is another instance of forced movement across borders. Their agency has been robbed.”

The Home Office has not immediately responded to requests for comment.

An open letter petitioning to Friedrich Joussen, CEO of TUI Group states, “We…call for the immediate stop to your collaboration with the UK Home Office in running charted deportation flights as part of the UK Home Office’s hostile environment policy.”

“With your actions, you are supporting a system that is widely condemned, and employs increasing rampant and open surveillance, racist violence, and disregard of human rights legislation.”

The petition has so far garnered more than 1,400 signatures.

TUI has become the main airline carrying out charter deportation flights for the UK Home Office and conducted nine mass deportations to 19 destinations last November alone as part of Operation Sillath – a government initiative to deport migrants who cross the Channel from France to the UK in small boats. Deportation flights operated by this company continue in 2021, according to Corporate Watch, a research group investigating companies profiting from prisons and deportation flights.