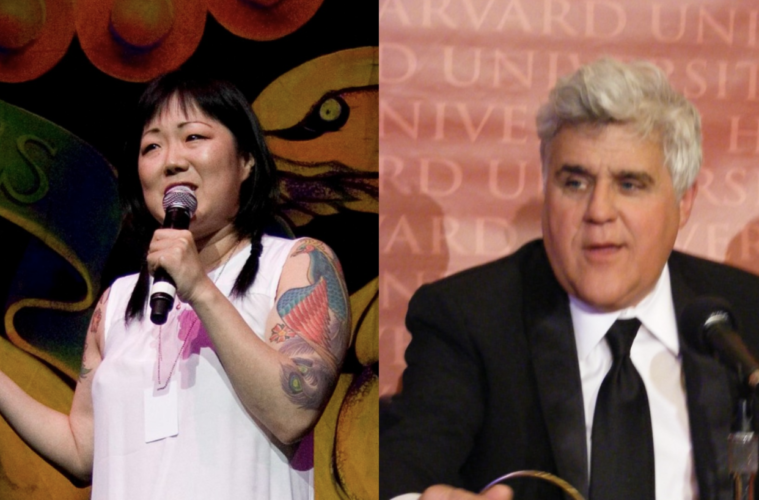 "I'm so pleased with his response. I accept apologies"

In 2019, former America’s Got Talent judge Gabrielle Union outed Leno for saying racist remarks whilst he was a guest host on the show.

Commenting on a painting of executive producer Simon Cowell and his dogs, Leno said it looked like something one might see “on the menu at a Korean restaurant.”

Asian Americans then called for NBC to fire the host, who recently apologized for his racist jokes.

“At the time I did those jokes, I genuinely thought them to be harmless,” the 52-year-old said. “I was making fun of our enemy North Korea, and like most jokes, there was a ring of truth to them. At the time, there was a prevailing attitude that some group is always complaining about something, so don’t worry about it. Whenever we received a complaint, there would be two sides to the discussion: Either ‘We need to deal with this’ or ‘Screw ’em if they can’t take a joke.’ Too many times I sided with the latter even when in my heart I knew it was wrong.

“That is why I am issuing this apology,” he continued. “I do not consider this particular case to be another example of cancel culture but a legitimate wrong that was done on my part. MANAA has been very gracious in accepting my apology. I hope that the Asian American community will be able to accept it as well, and I hope I can live up to their expectations in the future.”

In a recent interview with EW, Cho said she forgave Leno following his apology.

“Frankly, Asian jokes go over my head because I’ve heard so many of them. I do a noise-canceling thing with them. I booked Jay quite a while ago. For him to step up and take respon­sibility is very meaningful. I’m so pleased with his response. I accept apologies,” she said.

In other news, a new Sesame Street video has addressed anti-Asian bullying and racism.