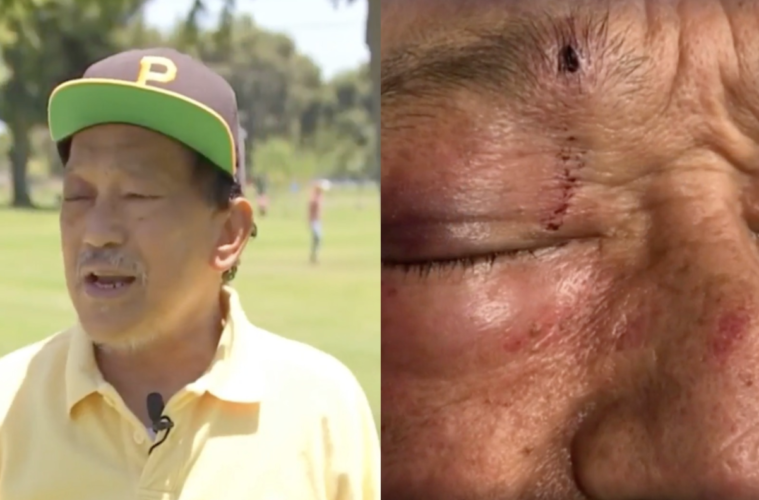 ‘Go back to your country’: Racist punches 70-year-old Filipino American man in the face

“I felt safe before. Very safe"

A 70-year-old Filipino American man has been punched in the face in Cerritos, California.

NBC Los Angeles reports that the Cesar Echano and his wife were taking their routine weekend walk at Don Knabe Community Regional Park when they were approached by a young man.

“Why are you looking at me? You son of a bitch! Bastard,” the man said.

“You don’t belong here! Go back to your country,” the man continued.

The couple tried ignoring the deranged man and headed back to their car in the parking lot. When the couple got into their car, the man once again appeared out of nowhere.

As Echano was putting on his seatbelt, the man opened his door and began punching him.

Echano suffered an injured eye and bruising to his face and the couple continue to suffer from trauma.

The suspect remains at large.

In other news, an Asian grandmother who hospitalised her attacker has set up a nonprofit corporation to combat anti-Asian hate crimes.