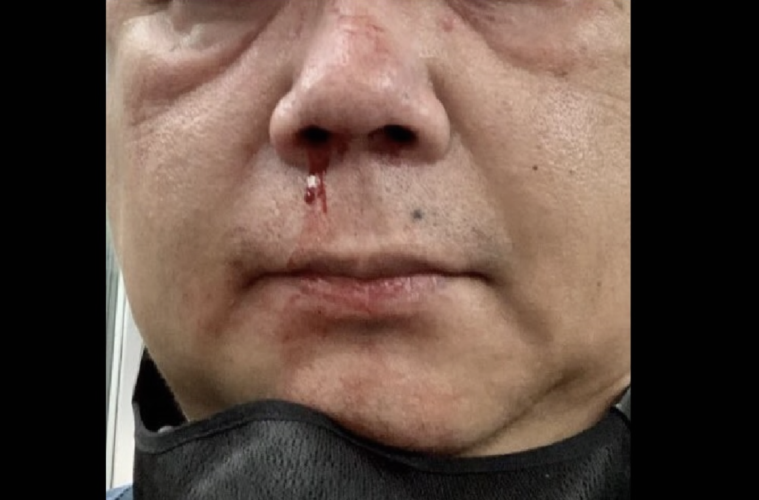 "Go back to where you came from!"

A Filipino American man who witnessed another Asian being attacked was punched in the face.

The incident occurred when the 52-year-old man, who wishes to remain anonymous, was disembarking from the 6 train at the 103rd street station.

In front of him, he heard a man shout “go back to where you came from” at another person, who was possibly Asian.

Although the victim of that attack escaped, the man shouting the abused turned his attention to the Filipino victim.

He then cornered the victim and repeatedly punched him in the face.

“Go back to where you came from!” The attacker said again.

Speaking about the incident, the victim said “it seemed so random and so sudden. Kinda realized it’s potentially a hate crime because of what the man was shouting and what was said.”

Witnesses apologized to the victim for what happened and tried to catch the suspect.

“He followed the person and according to what he said, beat the crap out of that person. But I think that perp still managed to escape,” the victim said.

The victim suffered a bloody nose and bruises on his face.

He said he was “just a little worried that something so random can happen. It could happen to anyone.”

In other news, a Serbian volleyball player has been suspended after making an anti-Asian gesture during a match.