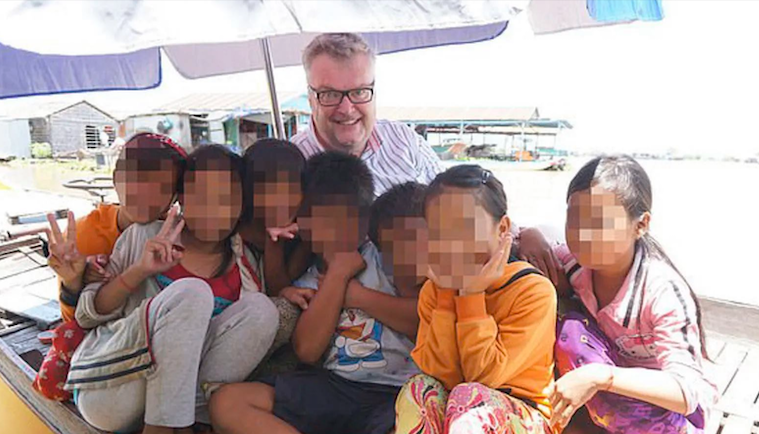 An Australian ex-priest and Labor official has been jailed for 19 years for the sexual assault of Southeast Asian children.

Peter Andrew Hansen, 63, pled guilty to 31 charges including several counts of sexual intercourse with a child outside Australia and producing child abuse material.

The ex-Sydney Labor Party figure, lawyer and Catholic priest, was arrested at Sydney airport in October 2018 when police were tipped off about his crimes in Vietnam and the Philippines.

Hansen was had paid to meet boys to create explicit videos and photos as well as performing sex acts on nine children age 10 to 14 between 2014 and 2018.

During the hearing, Judge James Bennett read out exchanges on an encrypted service between Hansen and a man dubbed “Maliboy Hornbag.”

The pair rated images of children and complained about prices for meeting up with kids.

Conversations showed how both men deliberated how they would get away with their crimes. Hansen reassured the man that his position as a “businessman” would exempt him from suspicion.

Hansen said he hoped to “keep the camera busy” during his next session with young boys in one message.

“I am still thinking how I can milk the max out of my poolside weekend,” he wrote.

Judge Bennett said the “abhorrent” messages “illuminate the attitude of the offender … toward the egregious misconduct on which he is to be sentenced here today”.

Hansen also organise for boys to be sent to the hotels in which he would stay on holiday overseas. He would lure them in with cheap gifts and swimming sessions before taking him to his room to photograph and sexually abuse them.

“He travelled to other lands … to exploit children in limited economic circumstances to whom he gave modest rewards,” Judge Bennett said.

“There was planning, organisation and sophistication employed by the offender … in the arrangement to have these children in places to be exploited.

“He did not act alone, as is clear by the agreed statement of facts. There was a network but at a limited extent.”

Hansen will be eligible for parole in October 2032.

In other news, a 28-year-old Asian man has been killed after being punched in the head.