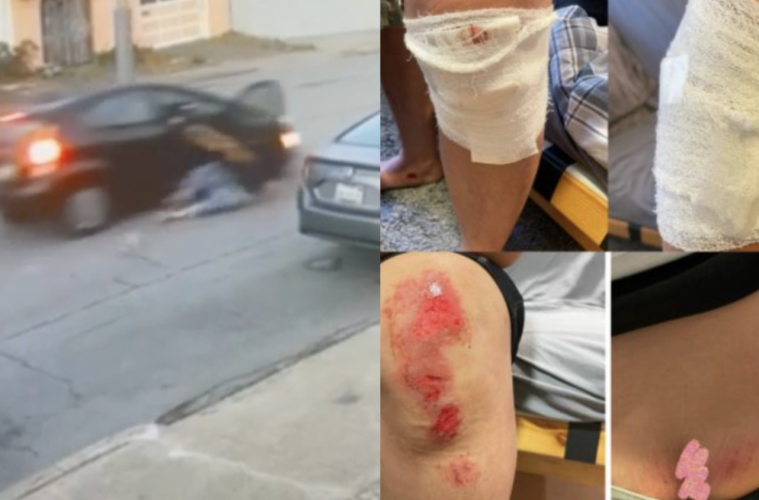 "I had no choice, If I don't do anything maybe I will die"

An Asian man was forced to jump out of his own car as he was being carjacked.

The 32-year-old victim, who wishes to remain anonymous, said he was driving home after dropping his wife off at work on Friday morning.

A man approached his Toyota outside the victim’s home and showed him a gun. He then ordered the victim to move to the passenger seat.

The suspect drove around the Sunset area and demanded that the victim hand over his cellphone, credit cards and jewellery.

He then asked the victim about his family and who he lived with and threatened to kill him.

“I was really scared his gun was on my face like that,” said the victim, pointing to his forehead.

The victim then decided to jump out of the car, which was moving at a speed of over 30 mph.

The victim has been traumatised ever since the incident and fears leaving the house. He has been unable to return to work due to the mental trauma.

“Be careful if you go to work early or come back home late time,” he said as advice to others.

A GoFundMe page has been created to support the victim’s medical expenses and lost wages.

Although police were able to recover the victim’s car, the suspect remains at large and no arrests have yet been made.

SFPD encourages anyone with information to call their anonymous 24-hour tip line 1-415-575-4444 or Text a Tip to TIP411 and begin the text message with SFPD.

In other news, a woman in North Carolina was caught on camera spewing racist hate towards an Uber driver.