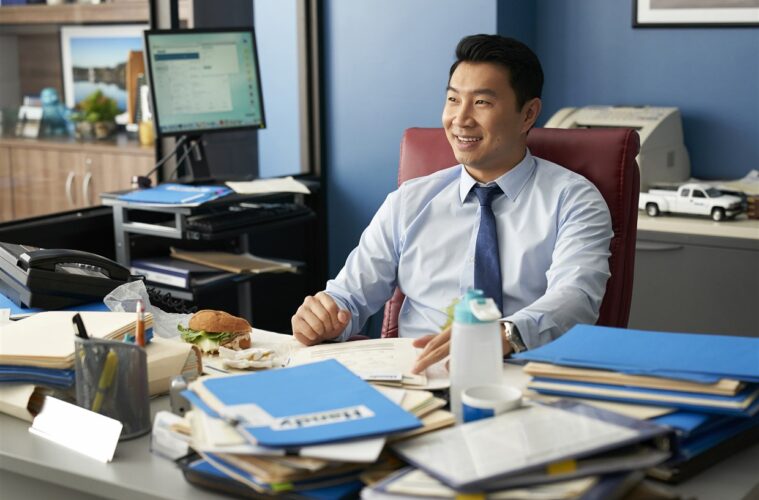 "It feels like the rug was just swept from under us"

Simu Liu has said that the cancellation of Kim’s Convenience “feels like a betrayal.”

In an interview with THR, the Shang-Chi star was asked about his tweet from a few days ago expressing anger that the Canadian sitcom had been cancelled.

“Without airing too much dirty laundry, I do want to say that as far as I can recall in this industry, it is virtually unheard of for a show to be cancelled that is doing this well, has been greenlit for a new season and has a network willing to pay for it,” he said.

Kim’s Convenience despite having already been renewed for a sixth season.was cancelled in March.

“To have the producers say, “No, we’re done,” feels like a betrayal in a lot of ways. It feels like the rug was just swept from under us.”

“In the case of a show where maybe the ratings aren’t doing as well, a lot of the people on the crew and the actors would have seen the writing on the wall. But for us, it really came out of left field.”

The 32-year-old actor went on to express frustration that the Kim’s Convenience characters’ affairs had no resolution.

“For the showrunners to say that they were moving on, it was always our belief that there were other voices of color that could fill that void and continue to create authentic stories for these characters,” he said.

“Over 65 episodes, the characters of Appa, Umma, Janet and Jung deserved an ending and a reconciliation for that family. What pains me more than anything is that we built a wonderful audience that has been so supportive and so excursive in their praise of the show, and we aren’t able to give them the ending they deserve. It really does suck.”

Liu nonetheless expressed gratitude and pride for the show’s success.

“That being said, I can still, at the end of the day, feel proud of our accomplishments and our achievement,” he said.

In other film and TV news, Marvel boss Kevin Feige has said he regrets whitewashing an Asian character in Doctor Strange.