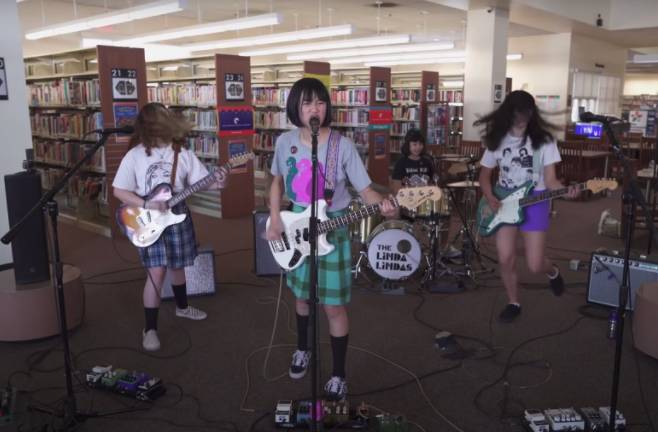 A teenage girl band has performed a punk song about anti-Asian racism.

Performed and written by The Linda Lindas, the anti-hate punk song is titled ‘Racist, Sexist Boy.”

The half Asian and half Latinx quartet consists of 10-year-old Mila, 13-year-old Eloise, 14-year-old Lucia and 16-year-old Bela.

Drummer Mila explained that the song was inspired by a a boy who expressed anti-Asian hate amid the Coronavirus pandemic.

“A little while before we went into lockdown, a boy in my class came up to me and said that his dad told him to stay away from Chinese people,” Mila said.

“After I told him I was Chinese he backed away from me. Eloise and I wrote this song based on that experience.”

Eloise added, “so this is about him and all the other racist, sexist boys in the world.”

After posting footage of the performance on Twitter, the library has since received over 120,000 likes and over 40,000 retweets.

In other news, Marvel boss Kevin Feige has said he regrets whitewashing an Asian character in Doctor Strange.

Don’t mess with The Linda Lindas.