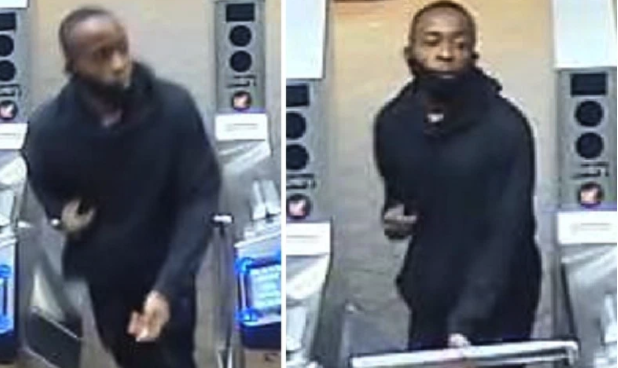 The suspect has yet to be identified

An Asian man was pushed onto the subway tracks in front of an oncoming train in Queens.

The incident occurred on Monday morning when the 36-year-old victim was waiting at the 21st Street-Queensbridge F train station. A man approached him and shoved him onto the tracks.

Fortunately, emergency mode was triggered on the train, which then did not hit the victim.

The victim was nonetheless taken to Mount Sinai Medical Center with a cut on his forehead.

Police are searching for the suspect, who reportedly said something during the attack but the victim did not understand him.

He is described as a black man between 20 and 30 years old, about 5 feet 11, last seen wearing a mask over his face and a black hooded sweater and black pants.

The suspect fled the scene onto the street.

“There is no higher priority for the MTA than the safety and security of our customers,” MTA spokesman Michael Cortez said in a statement.

“Like other transit systems across the country, the MTA has experienced a significant dip in ridership as a result of the pandemic and a spike in crime.”

“We continue to call on the de Blasio Administration to partner with us and do more to address these incidents in the subway and the ongoing mental health crisis in the city,” he said.

In other news, a 71-year-old Asian man lost seven teeth after being bitten, robbed and dragged from car by woman in Oakland.