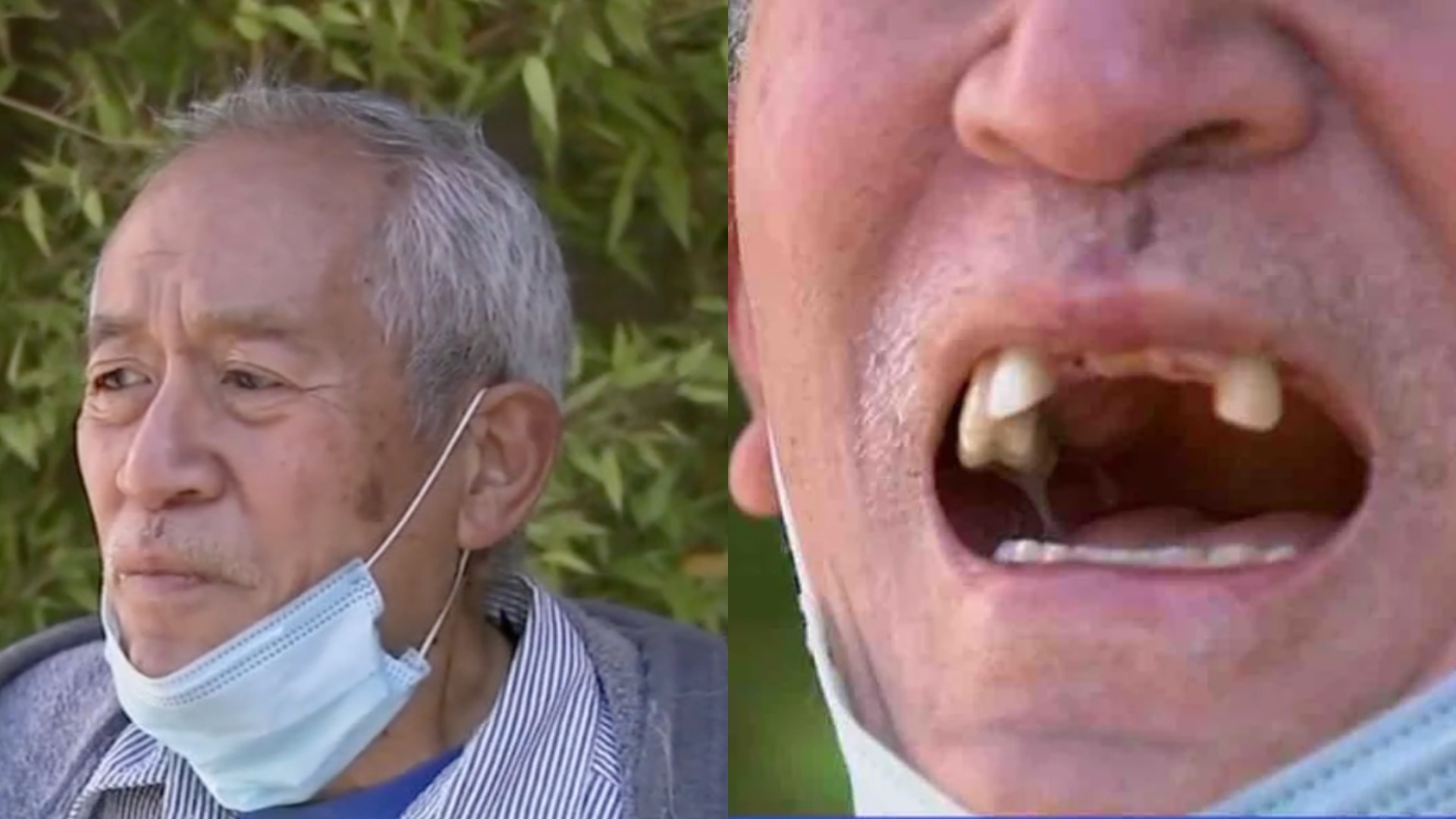 71-year-old Asian man loses seven teeth after being bitten, robbed and dragged from car by woman in Oakland

A 71-year-old Asian and Latino man was brutally attacked in Oakland, California.

The incident occurred when the victim was retrieving a trash can from the curb in the Grand Lake neighbourhood on 19 May.

Wishing to remain anonymous, the man said a car pulled up near the driveway car and a woman “pulled me from my back” and “pushed me toward the car.”

She also tried to steal the victim’s wallet and cellphone. When he resisted, the woman bit his hand. “To distract me she bit me on my hand…she grabbed my neck and she pulled my necklace and took it,” said the man,

He then fell on the vehicle and was dragged facedown 10 to 20 feet.

“I love Oakland … but not anymore,” the victim told reporters.

A witness named Linda said she was the only person who helped the victim who was “lying in the middle of the street” as other drivers “just went around him and kept going. That was the thing that was the most shocking. No one stopped.”

The man told reporters that he wanted Linda to know how much he appreciated her help “For being a good Samaritan to me … I will forever be grateful to her.”

“I hope people will become more aware this is something happening right now. It’s been happening for many years,” he added.

Donations can be sent to 388-9th Street #290, Oakland CA 94607 or through the nonprofit Oakland Chinatown Chamber Foundation’s online PayPal site.

In other news, an Asian fitness trainer was shot multiple times by a man who knocked on her front door.