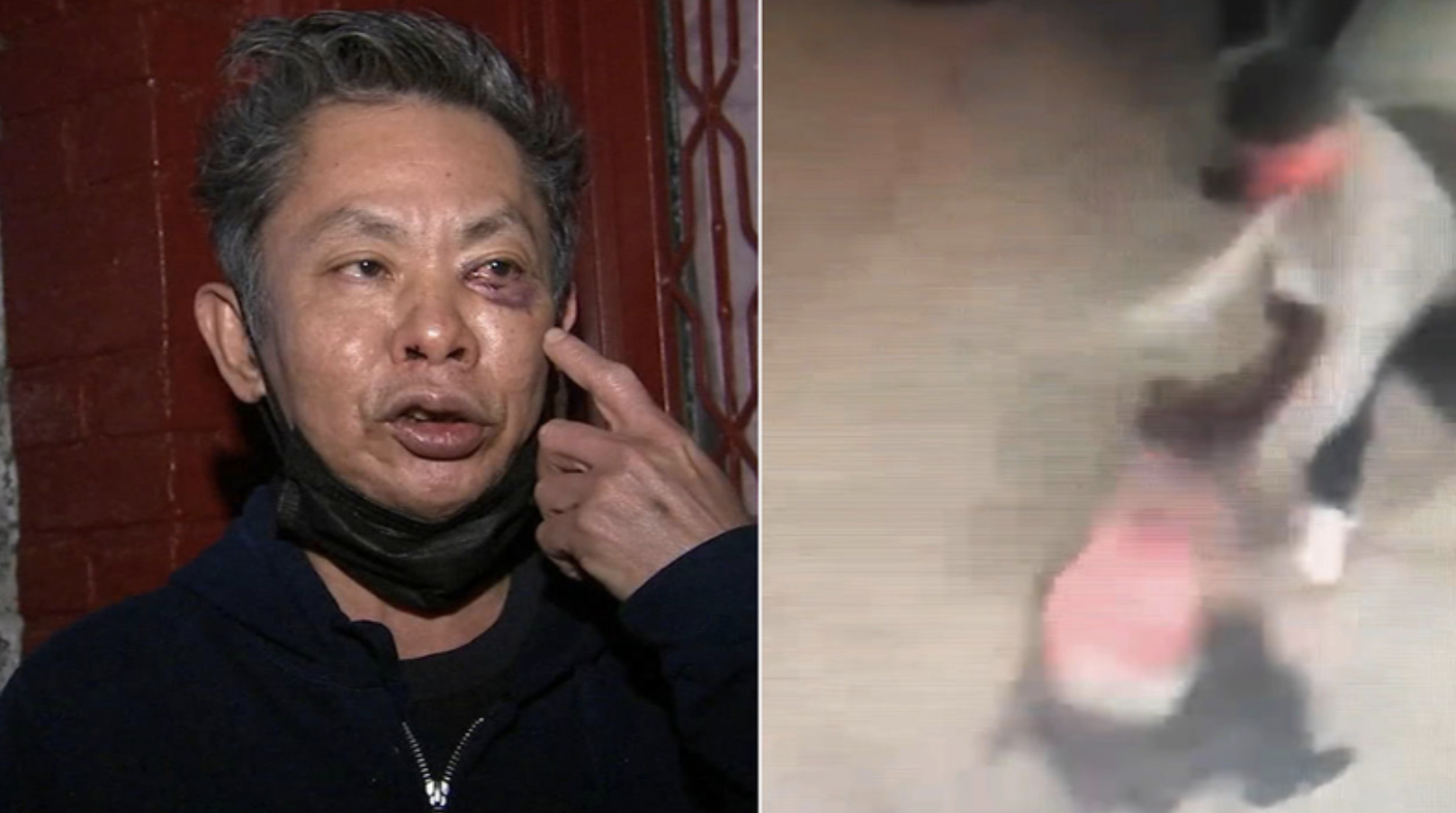 "I don't know. I don't know why he attacked me. Maybe because I'm Asian?"

A Malaysian man was punched and pushed in an unprovoked attack at a Manhattan subway station.

The incident occurred just before 9pm on Thursday at the East Broadway F train station in Manhattan’s Lower East Side.

CCTV footage shows the assailant waiting as 56-year-old Teoh Ming Soon walks past him before attacking him.

Soon is punched and pushed to the ground before the suspect punches him in the eye and elbows him in the mouth repeatedly.

The construction worker, who had been returning home from work, said he is unsure about why he was attacked but suspects it was race related.

“Too fast, I cannot remember anything. Too fast, it happened,” Soon said. “I don’t know. I don’t know why he attacked me. Maybe because I’m Asian?”

He suffered non-life-threatening head injuries and was transported to NYC Health + Hospitals/Bellevue.

Soon is an immigrant from Malaysia and has lived in America for 20 years.

Whilst no motive has been found for the attack, police are investigating the incident as a hate crime, offering a $2,500 reward for any information leading to his arrest.