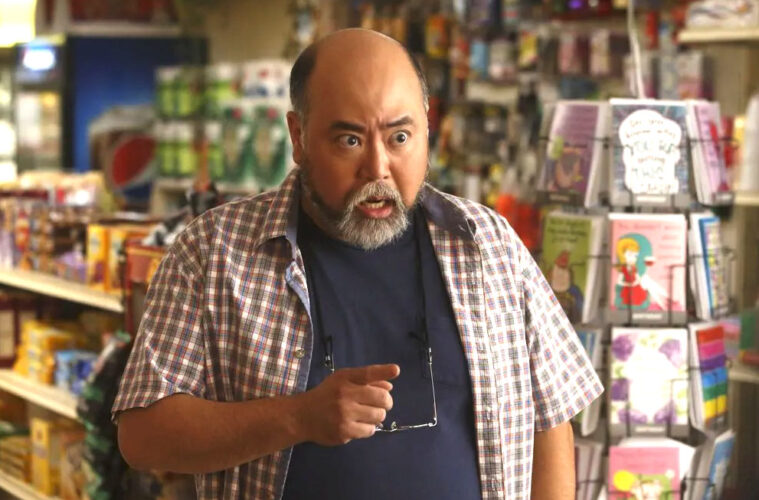 "I love him, but I'm not Appa. He's a character and I'm way more than that"

Kim’s Convenience began life as a small theatre play and has since blossomed into a global hit series of immeasurable success. Furthermore, the witty comedy centring on Toronto’s favourite corner store has cemented itself as a cornerstone for Asian representation around the world.

Paul Sun-Hyung Lee, who portrays the beloved Appa of the Kim family, has won many accolades for his role. In both the 5th and 6th Canadian Screen Awards, Lee took home the Best Actor in a Comedy Series award for playing the character.

Whilst Lee will never neglect Mr Kim, the Korean Canadian actor now has his sights on new roles to expand his career and broaden his scope.

Speaking to Resonate, Lee discussed his upbringing, Star Wars, typecasting, his future and of course, what’s in store for Kim’s Convenience. 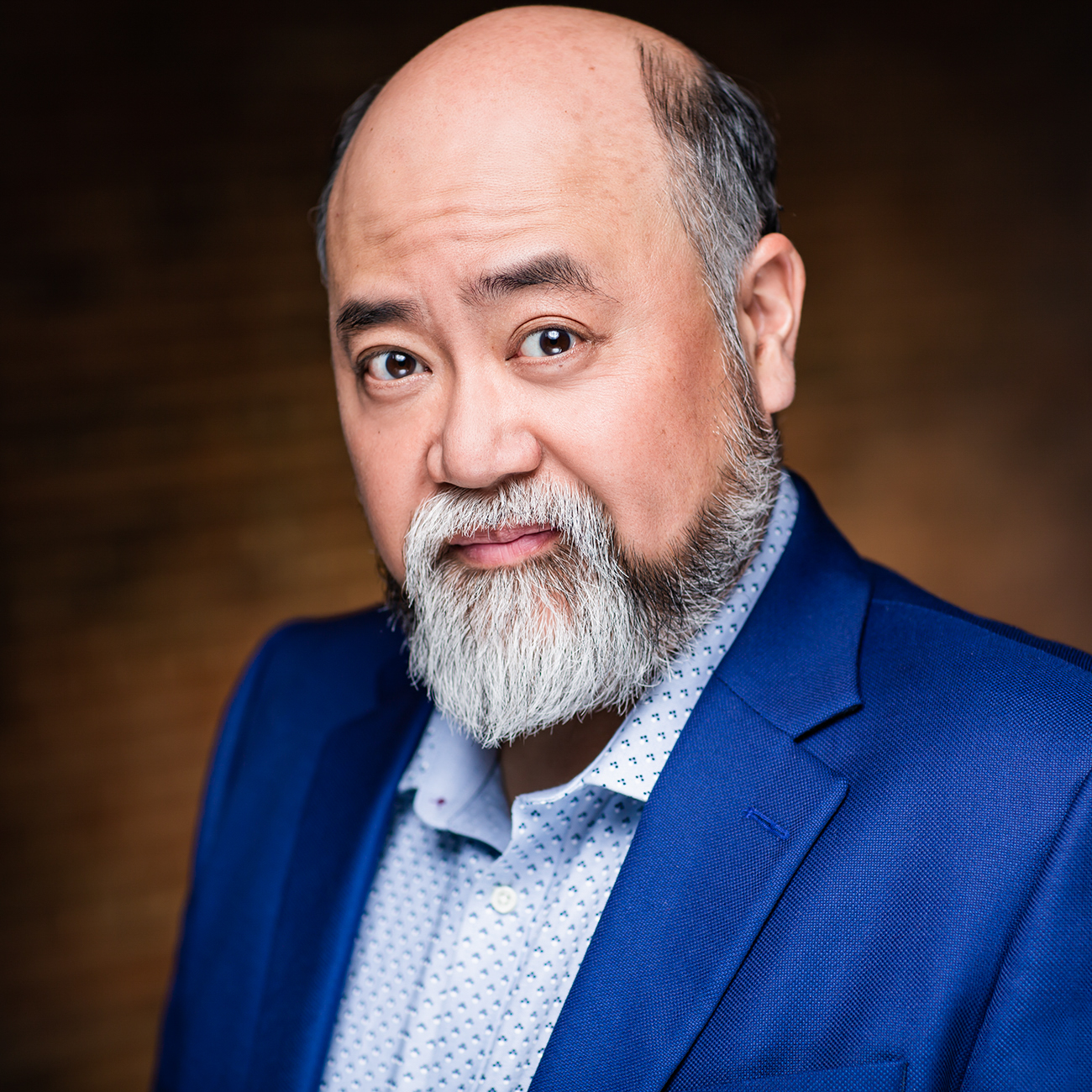 Reflecting on growing up in Canada as a Korean, Lee said he just simply “wanted to fit in.”

“I didn’t want to be Korean,” Lee said about his childhood. “I wanted to fit in and I was made to feel different, not overtly, but just through a bunch of little things it’s like death by 1000 cuts.”

He recalled how his parents worked endlessly, resulting in him becoming friends with his television set.

“My parents worked really hard and so my best friend was the television set. That was my gateway, that’s how I learned how to speak English,” he said.

Due to the lack of Asian representation in the media, Lee felt his culture was not important.

When Lee did see Asians on television, they were often portrayed negatively.

“The only ones that I saw, who looked like me, were often ridiculed were often the bad guys were often fetishized or exotic,” he said.

Fortunately, Lee did not encounter any serious incidents of racism growing up, he was nonetheless constantly reminded that he was different.

“It’s not like somebody came up to me overtly was like era you know made racist comments towards me, or this or that it was never as overt as that, although there were instances of that. That was exception rather than the rule,” he said.

Perhaps Lee’s biggest lesson from his childhood is to not lose our heritage whilst trying to fit in.

“Accepting where I came from my parents journey who I am accepting that and really being proud of that and celebrating that has brought me success,” he said.

“And I think that’s a that’s a great lesson to be learned in there. In the struggle to want to fit in and conformed and to be like everybody else, what part of ourselves, do we lose? In doing that, like when you deny that, because there’s incredible richness that I think I’ve missed out on personally. And I regret that. Like I wish I’d stuck with piano lessons. I wish I struggled with the language you know, I’m not fluent in Korean at all, much to my own shame.”

By not being exposed to Asians in the media, Lee struggled in finding role models he could relate to.

“Not ever seen any Asians in the media positive role models, great heroes stories narratives, never registered me,” he said. To me, that they weren’t there because parts weren’t there for the actors.”

“For me, I thought there must not be any really good Asian actors out there so that’s, that’s why,” Lee remembers thinking. “So blissfully ignorant.”

Lee himself is a self confessed geek and his love for Star Wars rivals that of anyone in any galaxy. Last year, he was able realise his dream by portraying an X-Wing fighter pilot in Disney’s The Mandalorian.

“Star Wars for me was a seminal experiences because it was the first movie my dad took my sister and I to see,” Lee recalled. “I was five years old and completely transformed by what I saw on the screen. Science fiction for me has always been a bit of a refuge in escape. Anybody could be anything the possibilities were endless in that even though it was a very monochromatic sort of viewing of it, at least in the shows that I saw.”

However, Lee still holds many reservations with the franchise, particularly when it comes to Asian representation.

“When I was 10 play play acting with my friends, choosing who you’re gonna be, I wanted to be Han Solo or Luke Skywalker. But they said ‘you can’t be Luke because you’re Asian’. It’s like, Fuck you man.”

“So for me Star Wars is a bit like it was a bit disappointing. Literally, in Rise Of The Skywalker, they fucking left [Rose, played by Kelly Marie Tran] behind to study. Literally, you know, the general wants me to stay study the fucking plans to make an Asian character fucking stay behind. What a waste of characters.”

“We have a long way to go but it’s exciting because it’s fresh storytelling,” he said. |I mean, holy shit how many, how often do we have to watch the same story over and over and over again it’s like, I love the bond franchise, but it’s pretty much the same movie.”

“It’s a big deal, right, like that’s first Asian superhero and the cast is phenomenal. And it’s a big movie for 2021. And this is finally happening. Yeah, like fuck. That’s ridiculous that it’s taken this long. And it just goes to show you how difficult it is to be an actor of colour, if you’re an Asian performer how much more difficult it is black community has done, fantastic things and advocating for themselves really really well and even then Black Panther just sort of happened a few years ago, right.”

Reflecting on the most recent series of Kim’s Convenience, the Canadian actor revealed that filming under Coronavirus restrictions was tough.

“We had to do temperature checks before we were even allowed into the building,” he said. “they had to COVID test the actors twice a week at great expense to the production because they had to hire a private firm to do the lab to do that.”

Adjusting to behaviour restrictions was tough for Lee, as he enjoys interacting with the cast and crew.

“I’m very sociable onset, I like talking to the different department,” Lee said. “They’re my friends. I go to say thank you I give them hugs handshakes high fives. I chat with people and get to know them everybody on set. For me, my job is is number one on the set is to make sure everybody knows how appreciative, to give that morale boost and to be thankful and grateful.”

“And just to connect and I wasn’t able to do that at all. I wasn’t even allowed to interact with certain members of the crew, because of the danger of exposure.”

Lee recalled how he had to do his own makeup, which he had never done before. “I had to do my own final touches for makeup. I don’t know what I’m doing with all this stuff! I felt like Homer Simpson at the nuclear power plant.”

However, Lee realised his negativity towards the restrictions were hindering the crew. “I was making life really hard for our protocol officer who had to play the bad guy. She had a hard job, if anything went wrong she was to blame. And I suddenly realised I thought, I’m making her job tougher. And that was not fair, because of how I was feeling. But I got to be an example. So, instead of being crybaby, I was reminding everyone person put on a mask. It went so much better after that mental switch for me.”

Lee also revealed that some of the plot lines were adjusted due to the pandemic. “They can only do the whole ‘are they going to date or are they going to date type thing’ for so long before it gets boring. The pandemic actually kind of helped that situation because we couldn’t do that. We had to modify a few stories and focus back on the family. I would love to see that a little bit more and suddenly having Janet back in their lives.”

Whilst playing Appa has certainly brought Lee to the forefront of the television industry landscape, Lee ultimately fears being typecast.

Lee recalled when he announced on Twitter that he wants to be involved in more sci-fi projects, his fans responded with “yeah let him open up a Cantina in a galaxy far far away! Somebody gives this guy convenience store in Mars!”

“My aspirations are a little bit higher than that,” Lee said. “Give me an opportunity to play real character and show what I can do with it. And that’s all I asked for.”

“I’ve done well with Appa, I’ve won awards with him,” he continued. “He’s done so much for me my family, and I’m eternally grateful. I love him, but I’m not Appa. He’s a character and I’m way more than that.”

“I need to start showing people that I’m not Appa, that’s why I’m pushing my YouTube channel, to talk about who I am.”

“I’m very reluctant to do the voice, it’s not a party trick. I use it very judiciously but I can’t just do it as a party trick because then that’s all everybody just wants. I get it now where The Simpsons actors are like ‘No I’m not gonna do Homer’s voice’.”

To watch more of Lee’s interview with Resonate, be sure to visit our YouTube channel.