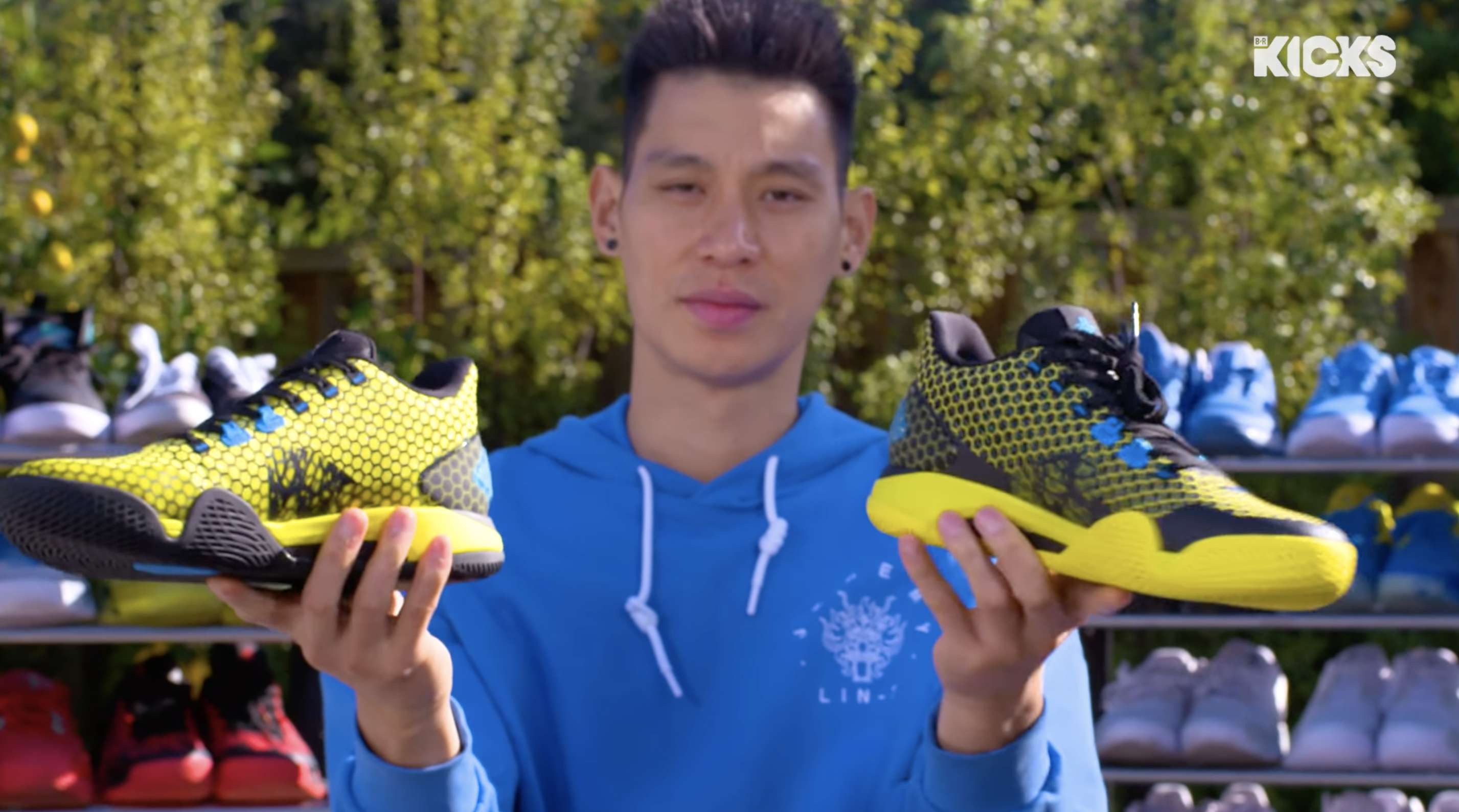 "Waiting 11 years, I might be the, the oldest player to ever have their first signature shoe"

The Xtep JLIN ONE comes in six colour ways and will be released through the Xtep website. Xtep is China’s top company for shoes.

In an unboxing video, Lin revealed the shoe and the background behind the product.

“Growing up, I’ll pretty much only have one pair of shoes at a time,” the 32-year-old said. “But ever since I went to the NBA since then my love for sneakers and my collection has definitely grown.”

Speaking about Xtep, the former Beijing Ducks star said, “I hadn’t even heard of the company. And after taking a meeting and doing a little bit of research I found out that accept is the number one running shoe company in China and they also are really big into fashion, but they wanted to move into basketball, and they had never done basketball before. And for me that was really really intriguing to be able to create something brand new.”

Showing the shoe to the camera, Lin showcased the main blue colour way. “These are the water shoes that represent walking on water. There’s water elements everywhere. And if you look at the bottom two it’s like the ripples of the water, and, and, you know, one unique thing that they did is on the back of this one they have the logo but on the other one. ”

“You see the ones in different places and, and you see the different elements of water, all through the shoe with my first signature shoe the main story, I wanted to tell is our slogan which is nothing stops me.”

The Taiwanese American went on to say that he is the first Asian American to have their own shoe but also might best the oldest.

Lin is set to return to the NBA by playing for Golden State’s G League affiliate Santa Cruz Warriors.

In other sports news, 17-year-old Asian American Eileen Gu has become the first Chinese athlete to win a gold medal at the Winter X Games in Colorado.