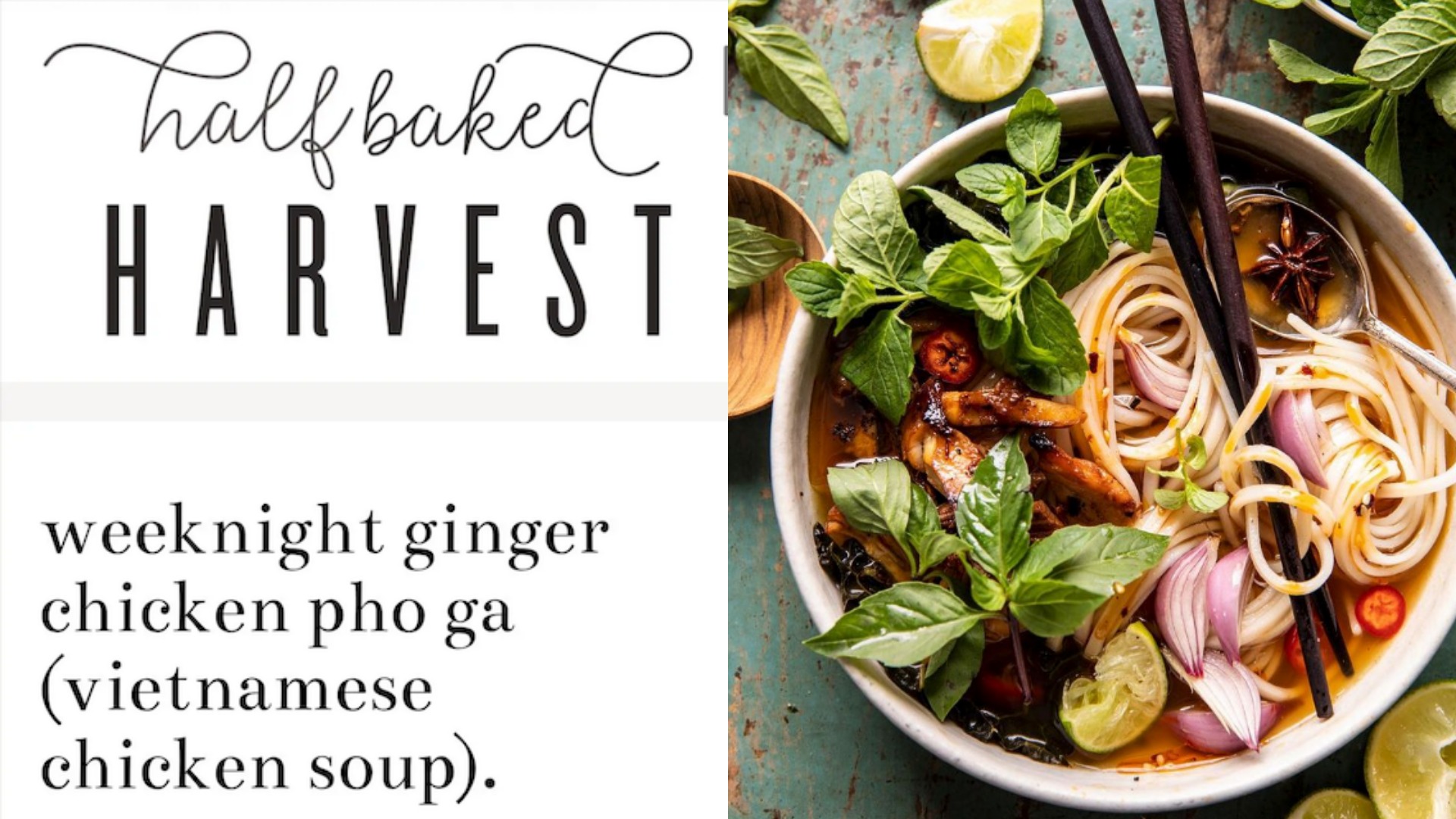 "To call it pho is not only appropriation, it's honestly hurtful"

Tieghan Gerard, the author of recipe site Half Baked Harvest, has come under fire for whitewashing Vietnamese pho.

Although the recipe’s name has since been changed to ‘Easy sesame chicken and noodles in spicy broth’, her followers were quick to call her out for appropriation.

“I really LOVE so many of your recipes, and I appreciate what you’re doing, but this is not pho. And to call it pho (even chicken pho) is not only appropriation, it’s honestly hurtful,” wrote one commenter on her blog.

“This recipe does not reflect the actual ingredients of Vietnam that go into pho, all of the time and work that goes into pho or the actual flavors OR presentation even of pho.”

Gerard responded to the comments with: “Thank you so much for taking the time to comment. I understand where you are coming from and have decided to change the recipe tittle [sic]. It was never my intention to offend or hurt anyone or the culture.”

“I will make sure do be much more conscious when deciding on recipe tittles [sic] in the future and be sure to do more research. Thank you for kindly bringing this to my attention, I really appreciate you kindly letting voicing your concern. xTieghan”

Stephanie Vu, 28, of San Francisco, told BuzzFeed News she was “hurt and upset” after seeing the recipe.

“I don’t know why I’m freaking out about this — this is the food of my people, I should be able to say something about this. But I was terrified,” she said.

Vu messaged Gerard directly, who then replied, “I described actual pho and the entire recipe on the blog and state that this is just my creation of what you can make at home.”

However, Vu was not satisfied with Gerard’s response. “The lack of acknowledgment can really hurt the Asian community,” she said.

“This specific example, despite the fact that it’s ‘small,’ can be extrapolated to casual appropriation situations that Asian Americans experience…the fact that she dismissed me really hurt me.”

Another Instagram user said she was blocked by Gerard after amplifying Vu’s comments.

“After reading Steph’s post, I shared it on my stories in solidarity with her and because I know a lot of my friends also cook HBH’s food and it was super disappointing to read how she was handling the situation,” Rachel Rock told BuzzFeed News.

“Shortly after I shared Steph’s post on my stories, I noticed that Tieghan had blocked me.”

In other news, a Japanese bakery in London Chinatown was recently vandalised with black paint.