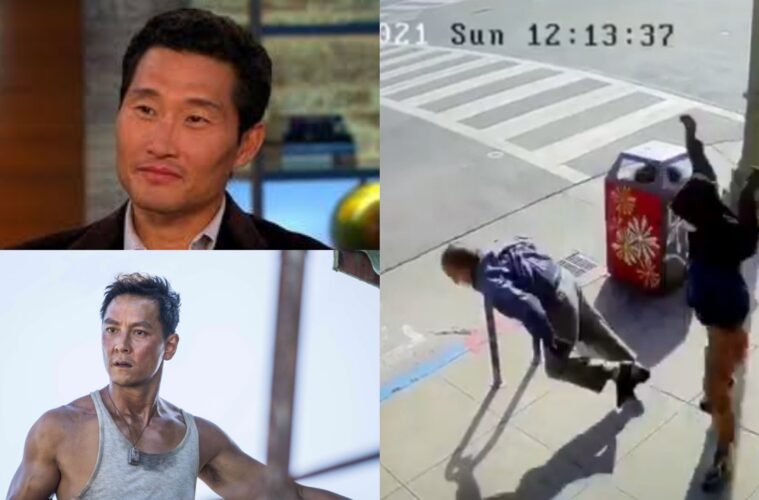 Daniel Dae Kim and Daniel Wu are offering $25,000 for information leading to the arrest of the suspect who pushed a 91-year-old man in Oakland Chinatown.

Harrowing video footage shows the elderly man walking by himself when an unidentified assailant rushes up to him and pushes him down.

As the man falls face first to the ground, his attacker takes off.

On Instagram, the former Hawaii Five-0 star wrote, the number of hate crimes against Asian Americans continues to skyrocket, despite our repeated pleas for help. The crimes are too often ignored and even excused. Remember #VincentChin. Remember #VichaRatanapakdee.”

Vicha Ratanapakdee was an 84-year-old Thai grandfather who was killed after a teenager senselessly pushed him over. The grandmother of the teen recently said her grandson should walk free.

Kim revealed that him and Wu are “offering a $25,000 reward for information leading to the arrest and conviction of this man and his accomplices, who attacked the 91 year old man above, as well as two other seniors, in downtown Oakland.”

“We must do more to help the literally thousands of Americans who have suffered at the hands of this absolutely senseless violence. Please help us bring this criminal to justice.”

Wu echoed the sentiment, uploading a similar Instagram post. “Despite the skyrocketing number of hate crimes against Asian Americans this past year, our pleas for help go unheard,” Wu said.

In other news, an Asian teenager who was suffering from mental issues was shot and killed by police despite having his hands up.