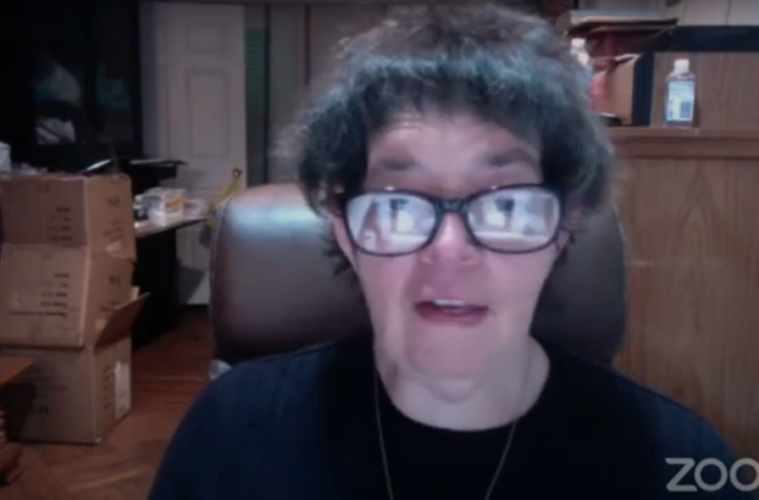 "My tweet mentioned food, but my concern was eating while this tortured journalist was on a hunger strike"

Maslow, who was the District Leader in the Brooklyn Democratic Party, announced her resignation on Thursday.

Pressure had been on Maslow to resign after she tweeted a reaction to a New York Times article about trade policy on 2 January in which she said, “I can’t even look at Chinese food.”

The tweet prompted social media users to look through Maslow’s previous tweets, finding other racist messages. Some tweets reportedly suggested that Palestinians would be wiped “off the face of the earth.”

Maslow had apologised for her anti-China tweet and stepped down from her largely ceremonial position as the party’s sixth vice chair. However, she refused to resign from her District Leader post.

On 25 January, an open letter to party chair Rodneyse Bichott called on candidates for mayor and other political positions to boycott the party’s upcoming candidate forum.

Candidates including Andrew Yang complied with the letter. On 29 January, Maslow announced her resignation but defended her anti-China tweet, stating it was “misconstrued as offensive”.

“Sometimes on social media, people react first and think later, and I fell victim to that,” she wrote. “In one such moment, I said something on Twitter as a reaction to a 37-year-old female journalist in China who, despite being currently imprisoned by her country, tried to call attention to her government’s suppression of information about the pandemic.”

“My tweet mentioned food, but I should have elaborated that my concern was eating while this tortured journalist was on a hunger strike.”

Maslow also expressed her support for the Muslim community but stood by her anti-Palestinian stance.

“I very much do embrace the Muslim community, not just abroad but here at home where the ‘melting pot’ culture is exactly what makes Brooklyn so special,” Maslow wrote. “But I will always condemn those who oppose the State of Israel.

Maslow said she would be stepping down from her position as she and her family were threatened.

“I have received threatening messages,” Maslow wrote. “My family is very concerned for my safety. Extremism in this country is not limited to right wing Trump militias. Threats are nothing to ignore. That is why I will be stepping down effective immediately.”

In other news, the appointment of a Chinese-born politician as an ANC MP in South Africa has drawn criticism which some are deeming to be “xenophobic”, “offensive” and “racist”.

This evening we received the following letter from Lori Maslow. We thank her for her years of service and accept her resignation. pic.twitter.com/SA8fwkTnjp