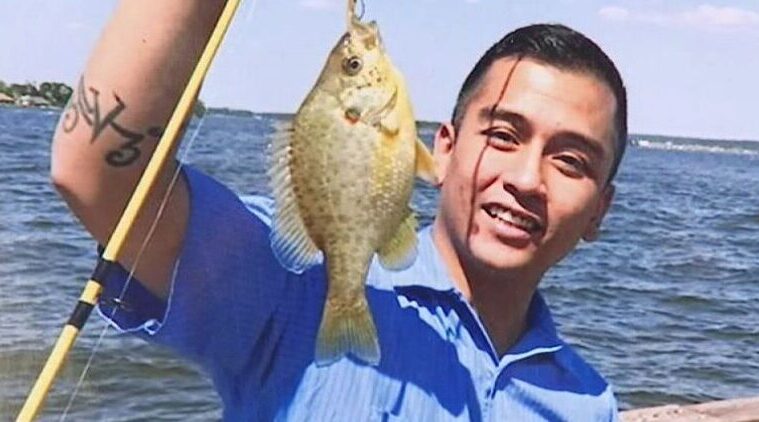 A Filipino American navy veteran has died after police knelt on his neck for almost five minutes.

30-year-old Angelo Quinto was mentally distressed when his family called the police for help on 23 December.

When officers arrived,Cassandra Quinto-Collins – Angelo’s mother – held him on the floor to calm him down. Two unidentified officers then took Quinto from his mother’s arms and forcibly held him down.

As one officer pushed his knee on Quinto’s neck, the young man pleaded “please don’t kill me.”

Burris compared the incident to the death of George Floyd, who was also killed after a police officer pushed his knee against his neck.

Quinto-Collins began filming the incident. In the video, Quinto is seen unconscious on his side with blood on his face and on the floor.

Quinto was taken to hospital but did “never regained consciousness” and died three days later.

His family claim Quinto died “as a direct consequence of the unreasonable force used against him”.

“I trusted the police because I thought they knew what they were doing but he was actually passive and visibly not dangerous or a threat,” Ms Quinto-Collins said.

“It was absolutely unnecessary what they did to him.”

Quinto had been suffering from anxiety, depression and paranoia in the months prior to his death.

In other news, Jeremy Lin has called out the recent surge in violence towards Asian Americans.