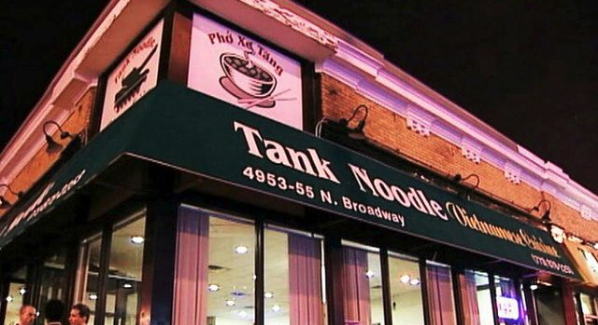 “I’m being labeled a terrorist for attending the rally"

Owners of a Vietnamese restaurant in Chicago have received hate mail and death threats after attending a pro-Trump rally.

Thu and Thuc Ly, who own Tank Noodle, and their son and general manager Thien Ly attended the ‘Save America’ rally in Washington DC on Wednesday by plane.

The family returned to their restaurant on Thursday, by which time hundreds of people had shared screenshots of Thu Ly’s social media posts from the rally.

Ly said his family were unaware of the violence at the Capitol Building at the time they were at the White House rally.

On Wednesday, pro-Trump supporters breached the US Capitol in an attempt to prevent lawmakers finalizing the Presidential handover to Joe Biden.

“We’re not violent people and it’s horrifying to see what happened at the Capitol,” Ly said. “It’s a sad day for the country. We’re in disbelief about what’s going on right now.”

However, Ly and his family as well as the restaurant’s employees have since been receiving death threats over the phone and on social media.

“I’m being labeled a terrorist for attending the rally,” he said. “We’re getting death threats called in to the restaurant, people threatening my employees, people saying they’re gonna burn down our restaurant.”

A shotgun shell casing was sitting in front of the store on Friday morning.

“Coming back from this experience, I don’t know anymore,” he said. “We’re immigrants, my parents are immigrants. They fled persecution of this type coming from Vietnam because if you have a different belief, that’s not allowed. We love this country, they came here with nothing and they were able to build their own business and put myself through college and have some kind of normalcy.”

“We had a great following, which now is probably going to get worse for us,” Thien Ly said. “We’ve been making it through just enough to keep our employees employed and pay our bills and stay afloat.”

Tank Noodle’s Yelp page has also been review-bombed with 1-star reviews, triggering Yelp to issue an alert on their page warning that commenters were posting “their views on the news rather than actual consumer experiences with the business.”

“I do not want to spend my money at a place that is run by people who support white supremacist insurrectionists,” one of the new reviews, posted Jan. 6, reads. “AVOID this place since the owners are coming back from the super spreader event.”

“I will not be back to this place after learning of their stated support of Trump and appearance at the DC rally,” another wrote.

Thien Ly said he hopes the violence and hate will stop.

“I understand the political atmosphere in Chicago is different from us, but violence at this level, this kind of threat is unacceptable,” Ly said. “We don’t want any more violence.”

In related news, a pro-Trump rally as held in Tokyo in response to the Capitol Building riots on Wednesday.