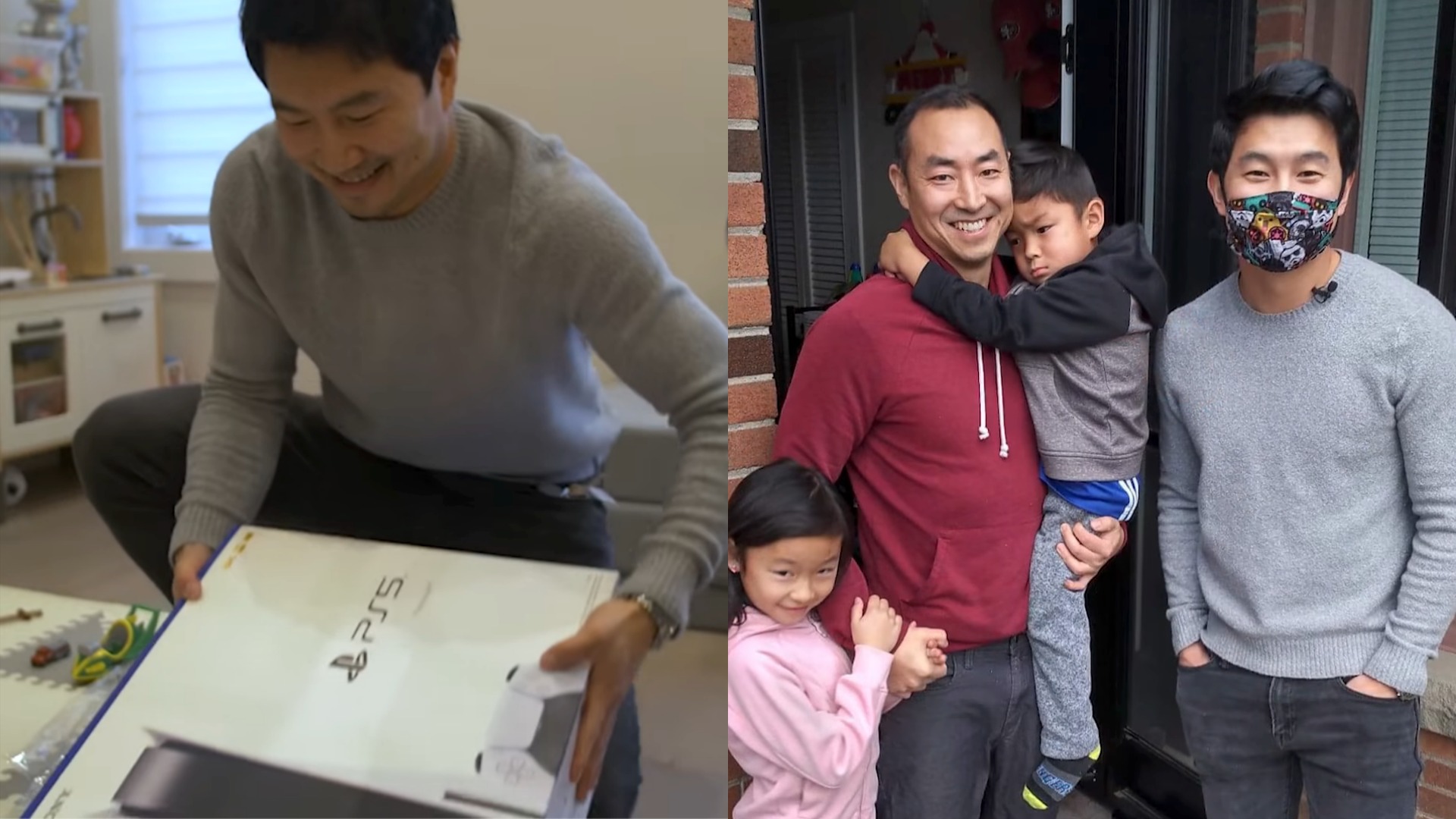 Kim’s Convenience star Simu Liu has donated a Playstation 5 and $1000 to a family who lost their mother to cancer.

On Facebook, the Chinese Canadian actor explained that Stanley Chang lost his wife – the mother of their two children – to cancer last year.

Chang is now running the Joanna Duong Chang Memorial Foundation in memory of his wife. The foundation “aims to break down barriers preventing girls and women from reaching their full potential by creating a scholarship fund and by supporting girl and women-focused charities in Toronto, Canada and beyond.”

Liu has pledged to donate $1000 to the Joanna Duong Chang Memorial Foundation.

“This holiday season, I teamed up with Clement Chu and the CCYAA to shine a light on a very special family in our community,” Liu writes int the Facebook post.

In a video attached to the post, Liu is seen wrapping up the PS5 and handing it over to Chang’s children at their doorstep.

“This year for Christmas I really just wanted to spread good cheer and highlight the efforts of someone in the community, who’s doing real good,” Liu says as he’s driving over to Chang’s house.

“And the person that we are visiting today is Stan,” he continues. “Stan as a single parent of two kids, and he recently lost his wife. And I could just think about how hard it must be to be going through that but also of all times and of all places to be going through it in the middle of COVID and lockdown and whatnot. Then I also know that he honours his late wife’s memory, through theJoanna Duong Chang Memorial Foundation which encourages girls to embrace careers in STEM and in entrepreneurship.”

Upon arriving at Chang’s doorstep, the Shang-Chi star says,  “I was really touched by the whole story and and I definitely just wanted to spread some holiday here, not just for you. But for Joanne and for Dylan and just to say thank you for stuff that you do for us for stuff that you do for the whole community and also just you know on top of everything else to be able to juggle being a father.”

“We really really appreciate it. We know that everyone’s kind of stuck in lockdown right now so we definitely wanted to give you guys something to do while you’re all you know cooped up together for the holidays. We brought you a little something that’s brought me a lot of joy.”

In recent news, Liu has defended deleting previous tweets in which he slammed co-star Mark Wahlberg for attacking a Vietnamese man.