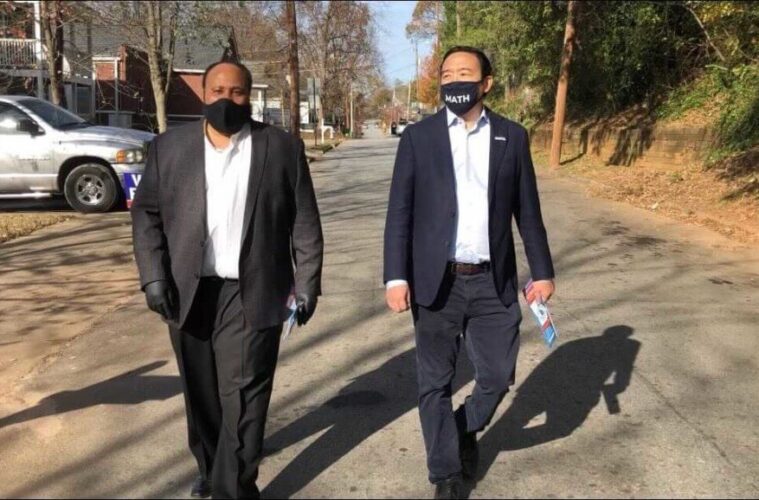 The son of the Civil Rights leader made the announcement on Martin Luther King Jr Day, according to amNY.

In a video posted to YouTube, King praised Yang’s proposal to give out t $1 billion to low income residents across New York’s five boroughs.

“One of my main policy goals – one of [Martin Luther King Jr.’s] dreams – was to establish a basic income for all Americans,” King said.

“Andrew’s commitment to a basic income is why I’m endorsing him and why we’ve worked tirelessly to endorse Democrats across the country.”

“His plan to spend $1 billion to give the poorest New Yorkers thousands of extra dollars is historic. It will be the biggest programs of its kind in the country.”

Yang has pledged to revive New York City from the effects of the Coronavirus pandemic.

“The fears for our future that caused me to run for president have accelerated since this pandemic started,” Yang said last Thursday to a crowd of supporters in Manhattan.

Among those backing him is also former Hawaii Five-0 star Daniel Dae Kim.

In other news, A school in Connecticut was graffitied with anti-Democrat sentiment including ‘Beijing Biden’ and ‘Commie Kamala’.