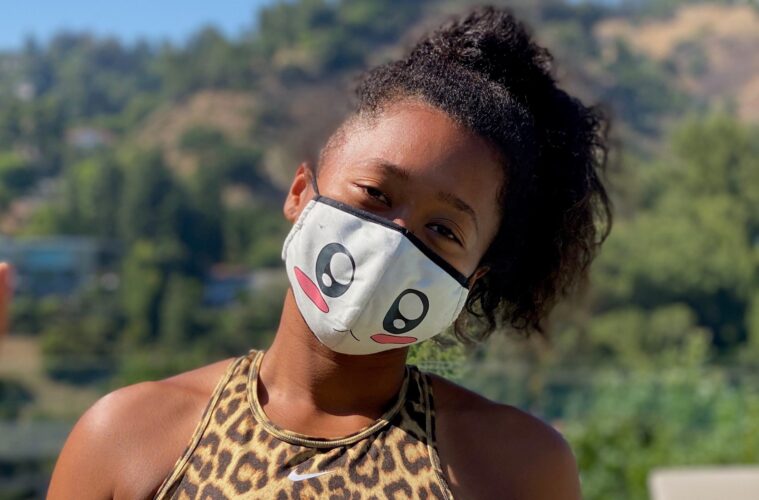 "She ignited a conversation on social justice, the results of which were bigger than tennis, larger than sports"

Japanese tennis star Naomi Osaka has been named as The Associated Press Female Athlete of the Year.

Voted by AP member sports editors and AP beat writers, the three-time Grand Slam singles champion was credited for her activism in 2020.

“It was difficult to be isolated from my family for large parts of the year, but that’s nothing compared to others,” Osaka said about this year.

“It was sad to watch and read the news of people suffering from Covid-19, and the economic and social effect on so many — losing jobs, mental health. It was such a tough year for so many people,”

Earlier this year, the 23-year-old launched a charity face mask to help those affected by the Coronavirus pandemic.

“And then watching the police injustices like George Floyd, Breonna Taylor and Jacob Blake (to name just a few) in the summer broke my heart. I am proud of my U.S. Open victory, but more so that I got people talking about the real issues.”

NBA star LeBron James was announced as the AP Male Athlete of the Year.

12-time Grand Slam singles title winner Billie Jean King praised Osaka for positioning “herself as a leader not only in women’s tennis but in all of sports and a force for change in our society.”

“She successfully completed the difficult task of taking excellence in sports performance and using that platform to succeed outside of sports on a much bigger stage,” King said.

“She ignited a conversation on social justice, the results of which were bigger than tennis, larger than sports, and in doing so raised the bar for all those who want to leverage the gifts and talents we have to make a difference in our world.”

“Her activism has shone a light on how we as individuals and sports leagues can collectively make an impact,” Simon said.

“Not only is she a phenomenal tennis player, but she also demonstrates how athletes have an opportunity to use their platform for something bigger than the game or themselves. Her actions are nothing short of inspiring and she is so very deserving of this recognition.”

In August, Osaka left the WTA tournament in New York over the police shooting of Jacob Blake.

“To be honest, I really didn’t stop to think about what others would think of my actions,” Osaka said.

“Other people’s opinions weren’t going to stop me from doing what I know in my heart was the right thing to do. The strong voices of Colin (Kaepernick) and LeBron were certainly positive influences for me and gave me strength in my own convictions.”