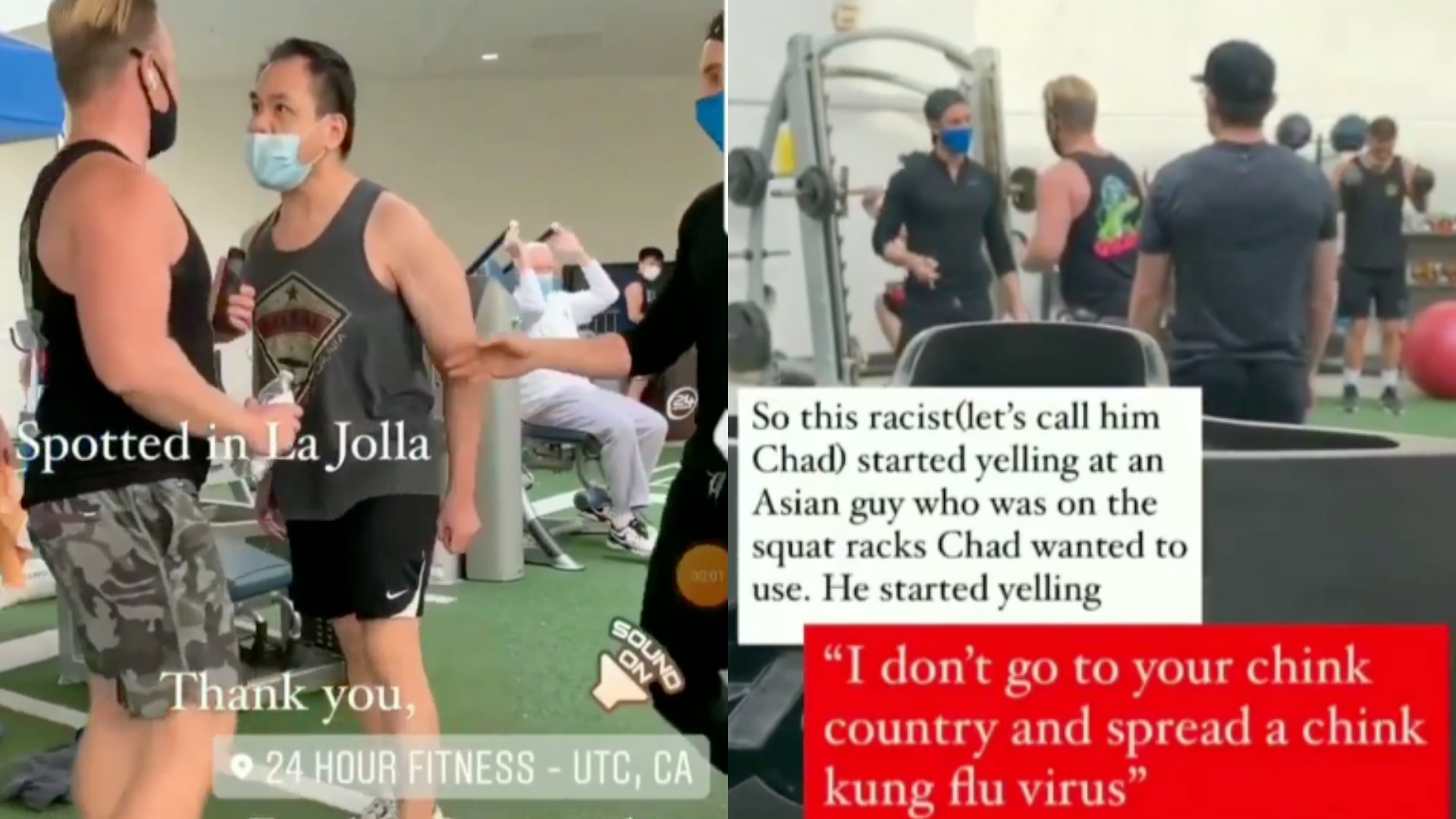 A racist gym member has been caught on camera spewing anti-racist hate in San Diego.

In a video uploaded to Instagram account Jackfroot, video footage shows the man shouting Coronavirus-themed racist remarks. “I don’t go to your chink country and spread a chink kung flu virus” the racist man says at an Asian man using the squat racks.

The incident reportedly occurred on 10 December at the 24 Hour Fitness branch at UTC Mall in La Jolla.

“So this racist (let’s call him Chad) started yelling at an Asian guy who was on the squat racks Chad wanted to use,” the text on the video reads. The video clip also shows the Asian man and ‘Chad’ engaging in a verbal confrontation.

“[The racist] continued to yell a myriad of racial slurs at members who confronted him,” the text continues, adding that the man also said “terrorist” and “go clean my toilet, Gonzolas”.

The text also added, “thank you 24 Hour Fitness for throwing out this racist Chad,” suggesting that the gym intervened.

In other news, a racist joke in Monster Hunter has been cut from all version of the movie.