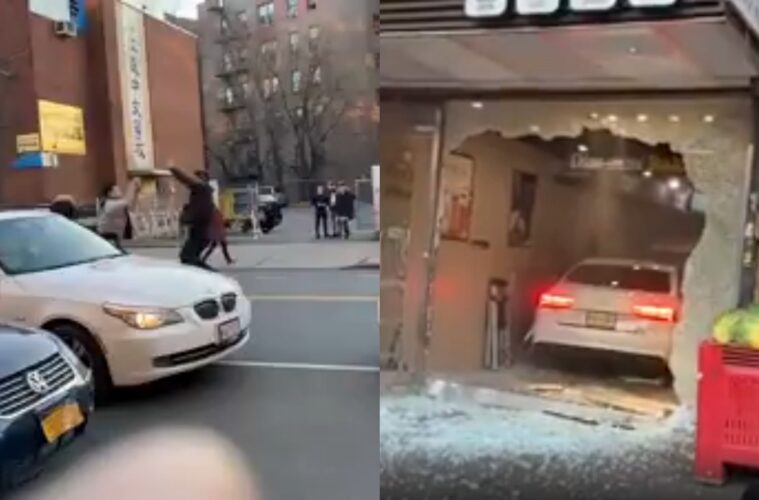 The incident was triggered by a fight over a parking spot

CBS reports that a road rage incident in Queens ended in a car smashing through a bakery on its opening day.

Four men were seen on video fighting on Flushing Chinatown’s Kissena Boulevard. Witnesses said the men were fighting over a parking spot.

One man armed with the baseball bat is seen swinging at another man who then swung his Audi onto the sidewalk before ramming into a nearby bakery.

Police said the Audi driver was purposely trying to run over the other party before losing control of his car.

“It was a street fight and it escalated very quickly. And we see this car run into the store and people reaction was so shock, people were so panic,” said Hailing Chen of Flushing.

“Beat him up and tried to damage his vehicle. I think that’s why he got mad. He making a U-turn of his vehicle, drove up to the curbside and smashed into the bakery,” witness Andy Chen said.

One of his employees is currently recovering from being struck by a shard of glass. Two other innocent victims were injured by flying glass too.

All four men involved in the fight have been arrested and charged with assault.

In other news, a group of Good Samaritans chased down a thief in San Francisco Chinatown, ultimately leading to his arrest.