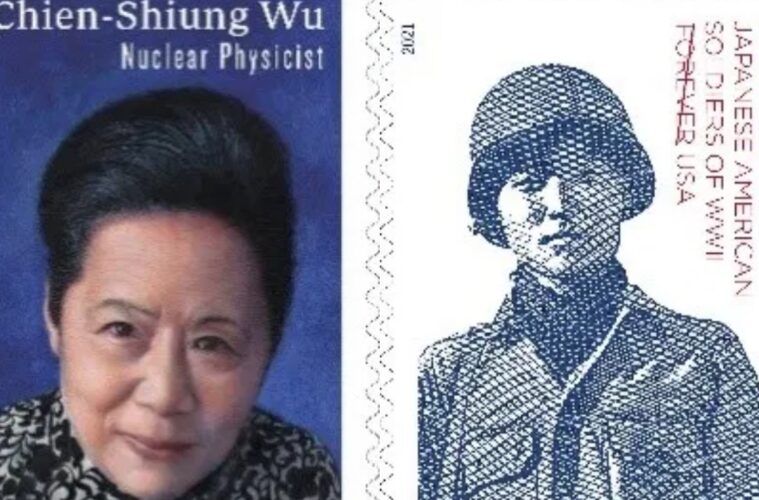 One stamp features Chien-Shiung Wu (1912-1997), who was one of the 20th century’s most influential nuclear physicists. Her career last over 40 years, rising through the ranks despite the male-dominated field.

The stamp is designed by Ethel Kessler with original artwork by Kam Mak.