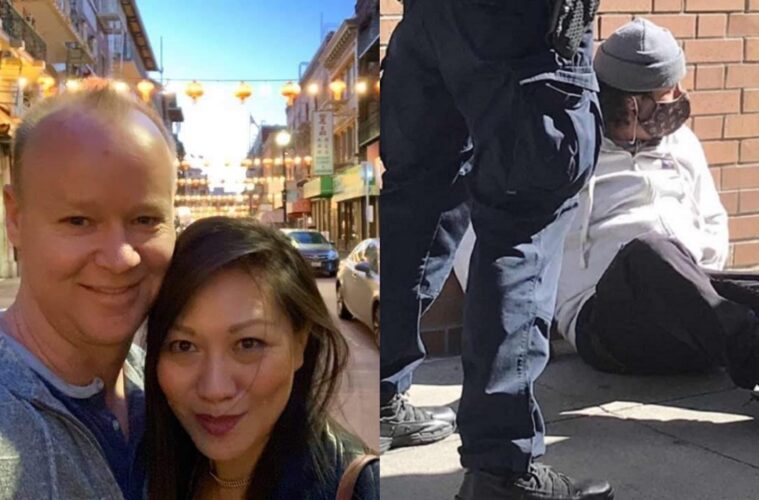 "What we should all do as a community: See something, Say something, do something"

ABC7 reports that a group of Good Samaritans chased down a thief in San Francisco Chinatown, ultimately leading to an arrest.

Lily Ho and her partner Tom House were in the area buying groceries on 1 November when they saw a young match snatch a cell phone from an elderly woman’s hand.

Ho, who was driving, urged that both she and her husband go after the thief. The couple followed the man for a few blocks when House, 25, jumped out and ran after the thief on foot.

“I turn and I say ‘hey give me the phone back’ and he like turned and looked his eyes got really big and he turned and threw the phone at me,” he said.

“I sat back and thought about it, and I was like, if he had a gun and turned and shot, it would’ve been bad,” House added. “But I don’t know. I didn’t think of it at the time I just jumped.”

United Peace Corps founders US Army Veteran Rob Lowe and Leanna Louie also witnessed the incident and chased him too.

“We chased him down to Turk Murphy alley across from the station,” Louie said.

San Francisco police were arrested the suspect across from the Chinatown police station thanks to the help of the Good Samaritans.

“We’re so happy nobody was injured in this incident, that’s always a good thing, although we don’t recommend citizens approach or confront suspects on their own accord,” said Tiffany Hang, public information officer for the department.

The Good Samaritans urged others to not stay quiet if they witness an incident.

“We have seen so many of these cases that just go unnoticed and un-arrested,” Louie said.

“What we should all do as a community: See something, Say something, do something,” Ho added.

👏🏾 Good Samaritans chased this man down— after they say he snatched an older Asian woman’s cell phone from her hands in Chinatown! 👏🏾