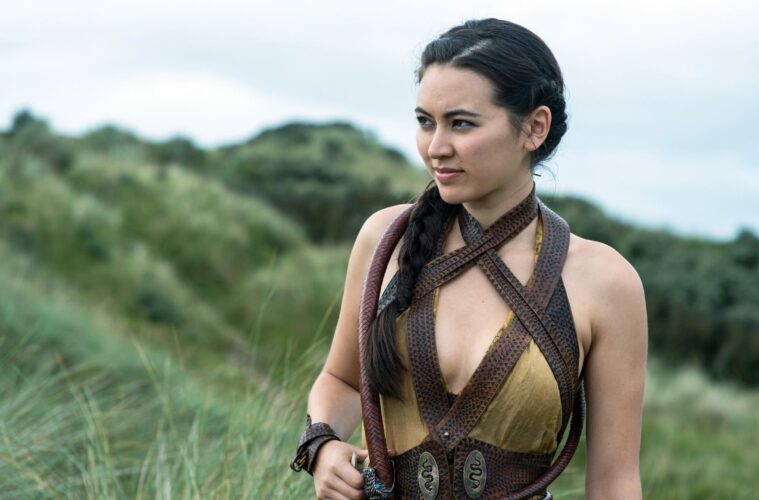 Game Of Thrones star Jessica Henwick has spoken up about playing Asian roles.

Henwick, who plays Nymeria Sand in the HBO series, was born to a Chinese Singaporean mother and Zambian English father.

At the age of 16, Henwick was offered the lead role as Bo in the children’s adventure series Spirit Warriors.

Speaking to NME, Henwick said she was excited for the role but her father was less keen.

“I was just so convinced that it was right, this was the thing I needed to do,” she said. “But it was very hard on my dad – he wasn’t that supportive because he wanted me to be a lawyer. I think it was a bit of a strain on the family, but I had the strength of being a youth and being naïve.”

The 28-year-old has since wanted to focus on portraying diversity through her work.

“I want to create roles that I don’t see enough of on screen,” she said. “I just really felt a pressure from myself to not create any more stereotypes than Asians already face.”

“You can see for the next two years of my work [after Spirit Warriors], it was quite scattered – a lot of roles where being Asian had nothing to do with them or their ethnicity was not defined in the script.”

“I love martial arts, I think it’s beautiful,” she said. “But I just wanted to know that she was more than just that.”

Henwick is involved in a period drama series featuring three British-Chinese sisters in 1910.

The British actress has also co-written a story with Paper girls’ Kai Yu Wu that follows an Asian-American young adult author who finds herself appearing in one of her novels.

“Kai and I are both big fans of murder mysteries and teen detectives and we were just joking that [popular teen mystery series] Nancy Drew was due a revamp – which, of course, has since happened,” Henwick said.

“But we were joking that if we revamped it we would call it Nancy Wu because she’d be Asian. Then it just snowballed from there.”

Henwick is also set to play a lead role in the fourth iteration of The Matrix alongside Keanu Reeves.

“It’s trippy, I grew up watching these films,” Henwick says of The Matrix trilogy. “The first time Keanu spoke in character and said Neo’s lines, Yahya [Abdul-Mateen II] and I shared a look like, ‘Oh my god, it’s happening!’”