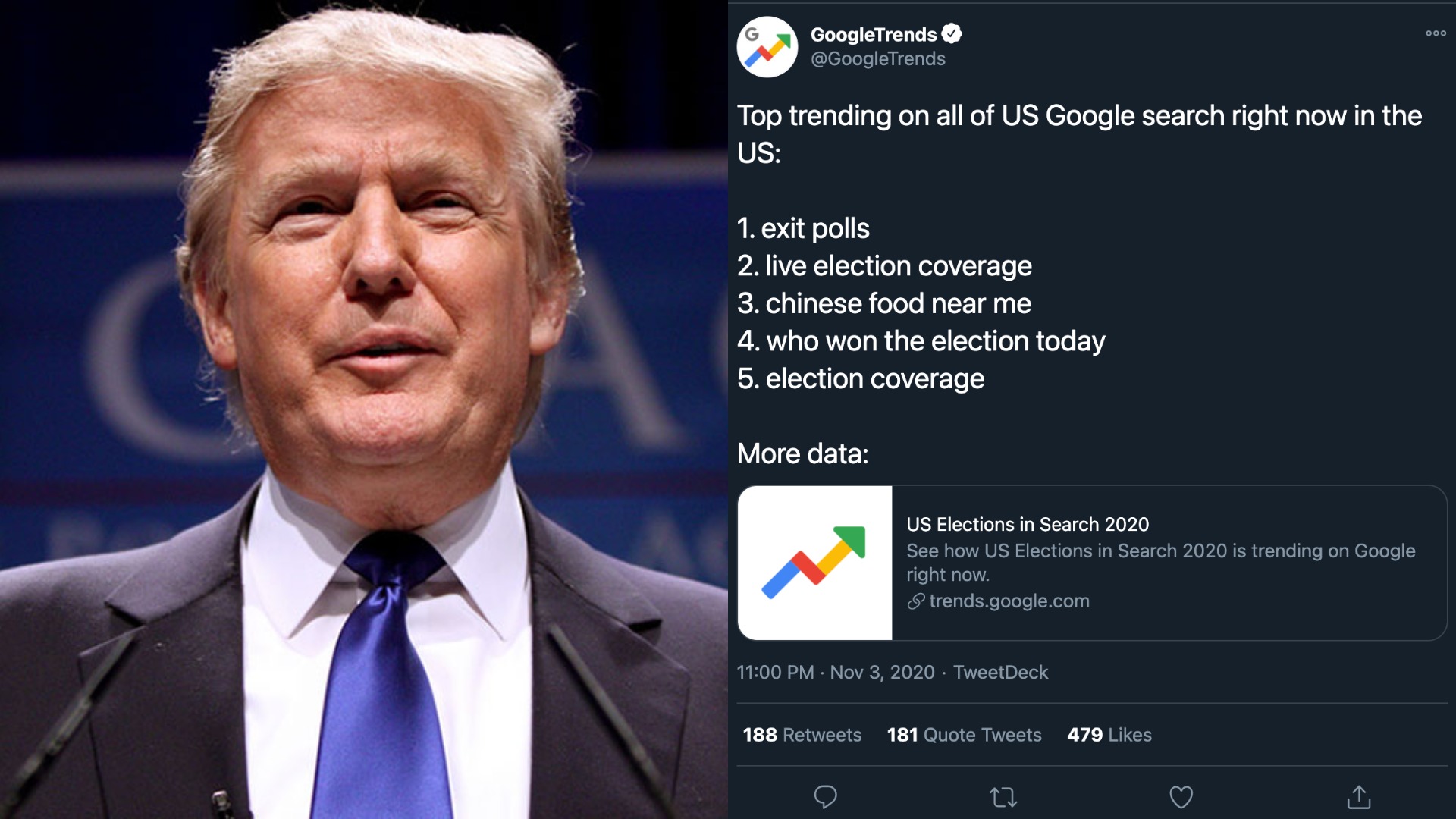 ‘Chinese food near me’ trends during US Elections night on Google

No winner has been declared yet

After having waited anxiously for election night, the world will have to wait even more to find out who the next US President will be.

At the time of writing, Georgia, Nevada, North Carolina, Wisconsin, Michigan and key state Pennsylvania are yet to declare their results.

As the night went on, it became evident that the night was going to be a slow one.

Taking to Google, queries about the election, its process and coverage flooded the search engine.

However, according to Google Trends in the US, one search term stood out from the rest.

The top search of the night was “exit polls”, followed by “live election coverage”.

In third place, “Chinese food near me” was the next most search term of the night, which was a more searched term than “who won the election today”.

Joe Biden is currently leading with 238 electoral votes with incumbent President Trump having won 213 thus far. 270 are needed to win.

Although no winner has been determined, Trump took it upon himself to declare himself victorious.

“Frankly, we did win this election,” said Trump from the White House.

He then went on to accuse the the Democrats of engaging in electoral fraud, adding that he will bring in the Supreme Court.

“So our goal now is to ensure the integrity for the good of this nation,” said Trump. “This is a very big moment. This is a major fraud on our nation. We want the law to be used in a proper manner. So we’ll be going to the US Supreme Court. We want all voting to stop.”

Meanwhile, Biden has said he is “on track to win” the election.

Top trending on all of US Google search right now in the US: