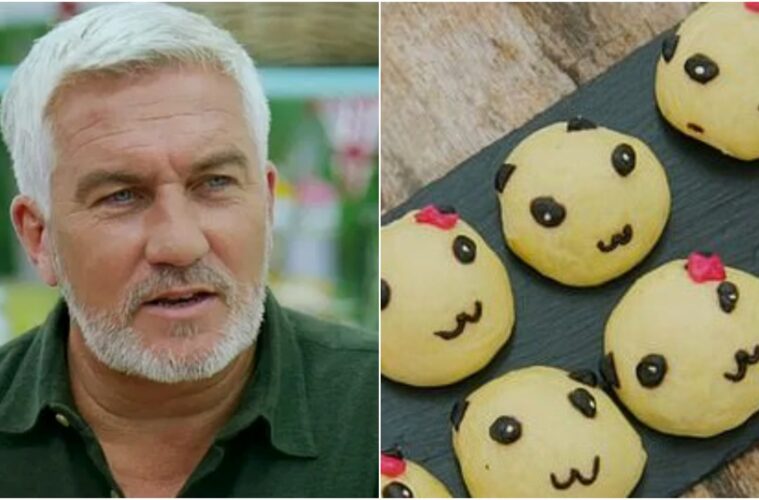 "It's not only insulted us Japanese, they've insulted the Chinese - and everyone's intelligence"

The Great British Bake Off has been accused of racism after contestants cooked Chinese treats for ‘Japanese Week’.

On last night’s episode, the contestants were tasked with making Japanese steamed buns but instead made buns with Chinese, Indian and American fillings.

Contestant Hermione even turned her ‘chicken nikuman’ bun into a panda, which originates in China.

Twitter users took to the platform to express their outrage, accusing the show of racism.

“I am very upset to see #GBBO so ignorant and racist tonight. You think in the era – and in the climate – they will do better,” one viewer wrote.

Peter: “I’m filling my buns with a Chinese stir fry”

Another Twitter user wrote, “I had hoped for Japanese Week but the generalization of all Asian food with Japan feeds the racist narrative that all Asians are the same, which has never been cold but especially now East Asians are being racially abused because of the coronavirus.”

“Why is everyone cooking Chinese on Japanese week? This is so rude/racist #gbbo,” questioned another.

“It’s JAPANESE week, people. Not CHINESE Week. #GBBO,’ pointed out another fan of the show,” said one Twitter user.

“It’s not just our Japanese who have been insulted, they have insulted the Chinese – and everyone’s intelligence,” another said.

“‘This is the destruction of the perfect train of one episode. It’s border racist #GBBO,” said another social media user.

Why is everyone cooking Chinese on Japanese week? This is so rude/racist.#gbbo

Peter: “I’m filling my buns with a Chinese stir fry”

So disappointed with Japanese week on #bakeoff 😩 Here’s a list of Japanese things they could have actually baked on #GBBO (instead of Chinese steamed buns):

Not only was this insulting to us Japanese and our culture, you also likely insulted the Chinese, as well as the intelligence of a great many viewers of #gbbo who all know the difference between the two, and that Baos (Steamed Buns) are Chinese…