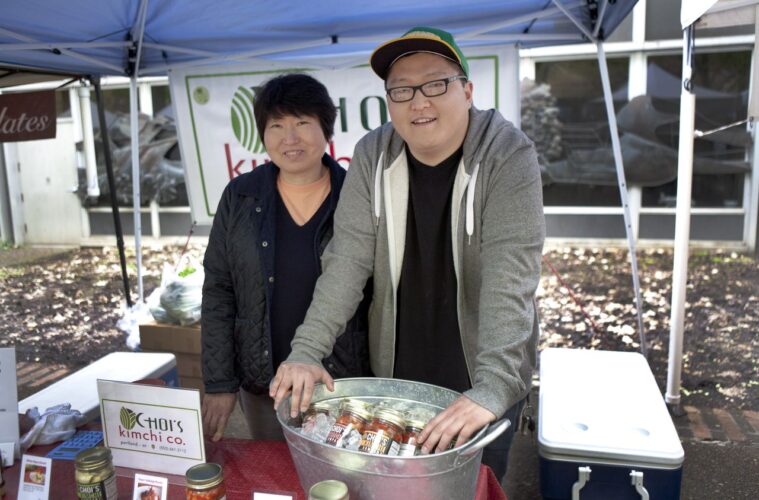 “Who would have done that to such a nice guy?”

Portland Police Bureau revealed the 33-year-old was stabbed around 1:56am on 25 October at his home in the 300 block of Southeast 12th Avenue.

According to a GoFundMe page in benefit of the family, Choi was killed in his sleep by a stranger.

Choi formed the kimchi company with his mother after graduating from the University of Oregon with a degree in business and sports marketing.

“I woke up the morning of the market and she had made 150 jars,” Choi said in 2018. “I got super-pissed because it seemed like waste of effort. But by noon we were sold out. I remember thinking, ‘She’s right. We really have something here.’”

Whole Foods, New Seasons and other local markets took interest in their product, expanding their distribution.

Choi’s Kimchi can now be found in over 100 stores.

Tributes from the community have flooded in.

“He was the standard of how to base how good your kimchi was in town. And he was a gateway to Korean food with kimchi.”

“Who would have done that to such a nice guy?” he asked.

Police are currently looking for a potential suspect described as “an African American male, approximately 5’8″ to 5’11” with a medium build, wearing dark clothing and a blue mask.”