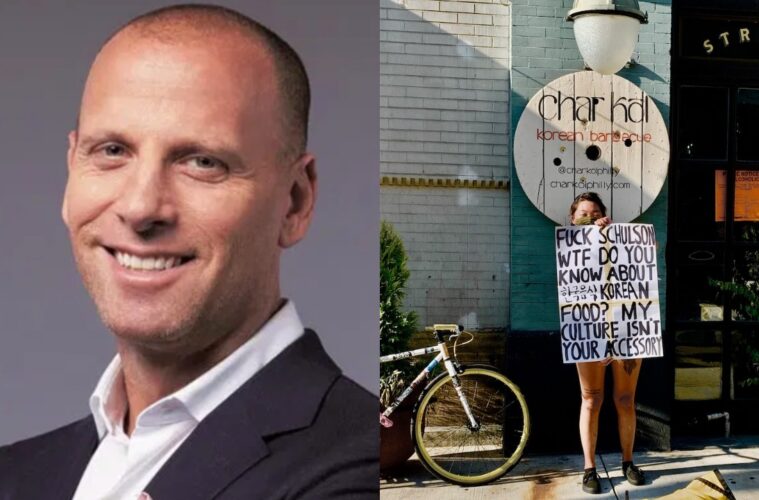 "OWN UP TO YOUR MISTAKES AND APOLOGIZE"

The Schulson Collective founder launched the Korean restaurant with Nina Tinari in Philadelphia last week but has since drawn flack for its lack of authenticity.

Although the restaurant has rather few posts on Instagram, social media users are using the platform to express their disapproval of Schulson and Char Kol.

“MICHAEL SCHULSON @charkolphilly is blocking anyone who is giving him “hard time” with this #CULTURALAPPROPRIATION. 😂🤣 This proves that he is not capable of learning from this mistakes he has made,” wrote one Instagram user.

“Instead of accepting criticism and to correct his mistakes, he rather shut out all the people who is criticizing him. If he doesn’t see the issues being raised by people, all is dandy for him. MICHAEL SCHULSON, you have offended sooooo many people and this is how you want to deal with it? You think blocking all these people will make the issue disappear? OWN UP TO YOUR MISTAKES AND APOLOGIZE.”

“Oof, wow. How tone deaf,” commented another. “A Silk Road cocktail?!!! What are we, in the 1950s?! And honestly- terrible looking bibimbap.”

“How in 2020 is it even possible for such an ignorant choice to be made let alone not taken ownership of?” Questioned another.

Korean American and former restaurant worker Hemi Park protested outside Char Kol with a sign stating “fuck you Schulson. WTF do you know about Korean Food? My culture isn’t your accessory.”

Park explained in an interview with Philly Mag that Schulson’s restaurant was wrong throughout.

“How do you mess up this badly? White people making Asian food isn’t anything new, but this specific concept is especially inappropriate and confusing because this place doesn’t seem to honor tradition or innovation.”

“You usually open a restaurant like this and pick a lane: authentic or innovative. But they’re playing it straight down the middle. It’s not authentic at all; it’s not executed to amplify well-made traditional or modern Korean food close to its authentic form. But it’s not very creative or innovative, either — just watered-down Korean food for white comfort and white taste buds.”

In related news, Rapper Elijah Castillo AKA Conscience has been called out for appropriating Asian culture in a music video for his track Rush Hour.