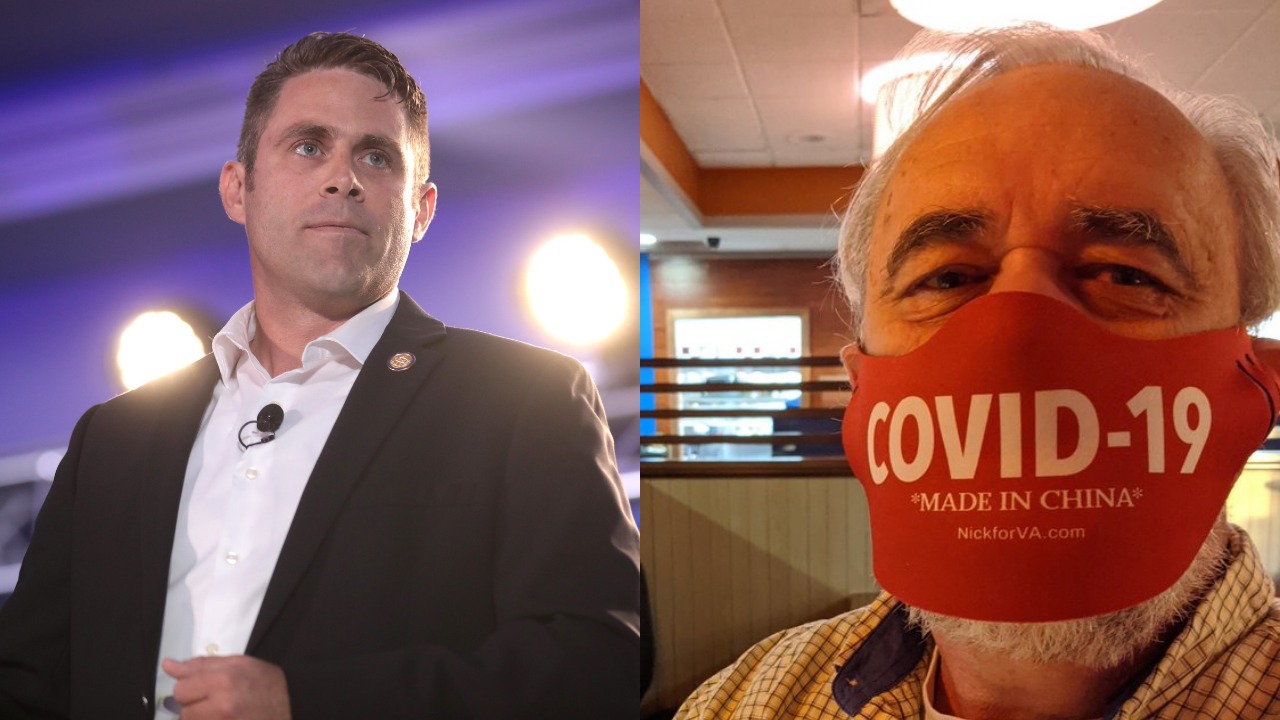 As Coronavirus lockdowns begin to lift, face masks are becoming the norm in society.

Del. Nick Freitas (R-Culpeper) decided to capitalize on the opportunity and sell masks himself as part of the Republican campaign.

In a tweet, Del. Mark Cole(R-Fredericksburg) shared an image of himself wearing the red face masks that he said he purchased from Freitas.

The masks are on sale on Freitas’s campaign website as one of three masks for a minimum donation of $20.

“He’s literally financing his campaign with a tactic that has been shown to exacerbate anti-Asian racism,” Oh said.

NAKASEC Action Fund issued an open letter to the Freitas campaign to stop selling the masks.

“Blaming China for the COVID-19 crisis in the United States has led to a sharp increase of racially motivated attacks and discrimination against people of Chinese descent and others perceived to be of Chinese descent,” the statement said.

Freitas campaign manager Joe Desilets defended the masks stating they are targeting the “communist regime in China” that “lied to the world and enabled a deadly virus to spread, leading to a global pandemic.”

“This is the same regime that violently suppresses its own people, press, and scientific community. Nick will not hesitate to hold such a regime accountable,” Desilets said.

Cole also defended the masks stating, “I think there’s nothing wrong with it, and I think it’s a good way to encourage people to wear masks.”

In other news, a pregnant Asian American mother was punched in the face in Philadelphia but police are not treating it as a hate crime.