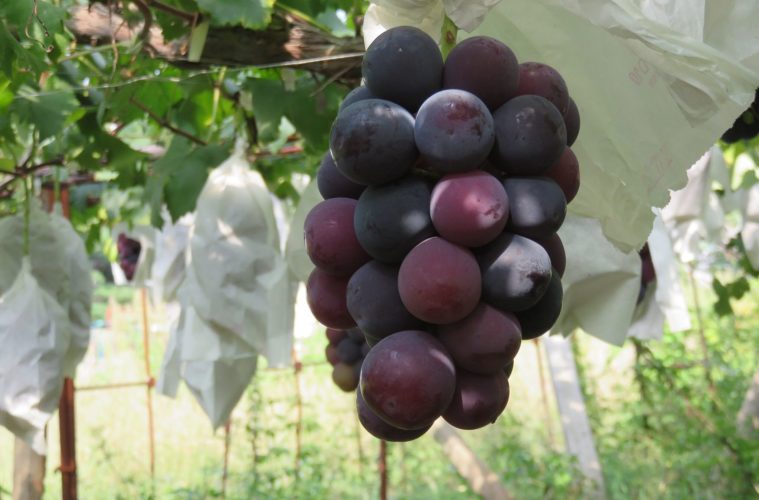 A bunch of rare luxury Japanese grapes were sold in auction at a record price of 1.3 million yen ($12,200).

The auction was held in Ishikawa state where the grapes are traditionally grown.

A Japanese hotel was the winner of the auction, which was open to the public.

One bunch of grapes weighs 900 grams and consists of 30 grapes – effectively meaning the winner paid $400 per grape.

Harvests for the special grape occur for three months starting in July. 26,000 bunches of grapes will be for sale until September.

The grapes are highly valued due to their appearance and sweet taste, and are often bought as gifts or for promotional purposes.

“People purchase these expensive fruits to demonstrate how special their gifts are to the recipients, for special occasions or for someone socially important, like your boss,” Soyeon Shim, dean of the School of Human Ecology at the University of Wisconsin-Madison.