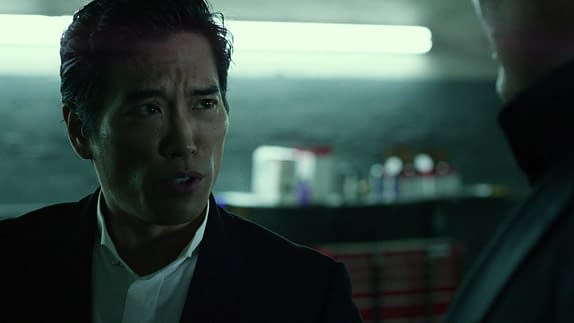 "Nobody cares about Chinese people and Asian people"

Shinkoda, who plays Nobu Yoshioka in the series, was talking on a #SaveDaredevilCon panel when he made the revelation.

Fellow series actors Geoffrey Cantor and Tommy Walker were talking with Shinkonda about his character’s story and his relationship with Madame Gao (Wai Ching Ho).

A plot involving the characters’ relationship had been planned but was later scrapped.

Shinkoda then cited Loeb, who instructed writers to forget about the plot-line.

“Jeph Loeb told the writers room not to write for Nobu and Gao…and this was reiterated many times by many of the writers and showrunners,” Shinkoda said.

“He said, ‘Nobody cares about Chinese people and Asian people. There were three previous Marvel movies, a trilogy called Blade that was made where Wesley Snipes killed 200 Asians each movie. Nobody gives a sh*t so don’t write about Nobu and Gao.’” As a result, the storyline was dropped.”

The casting was seen as a missed opportunity for Asian representation and the comic as a whole was seen as Asian fetishization. Loeb made matters worse by showing up to Comic Con in a karate outfit.