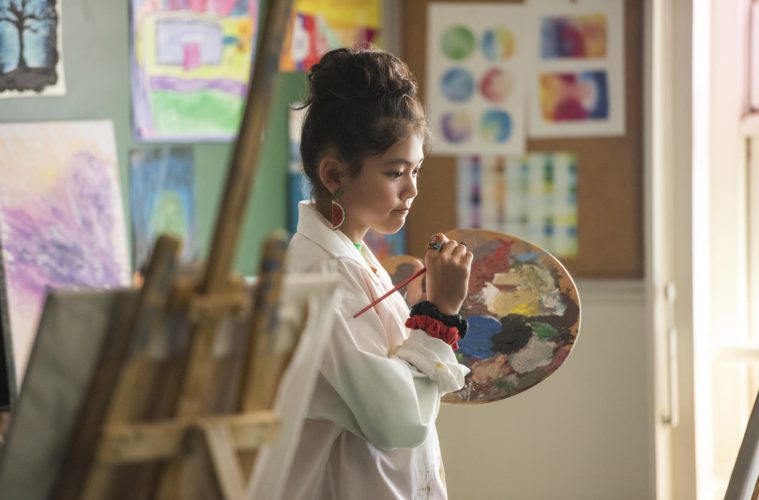 New Netflix series Baby-Sitters Club is being praised for its positive representation of Asian Americans with its character Claudia Kishi.

Stemming from Ann M Martin’s 1986 book series of the same name, Baby-Sitters Club has veen given a 10-episode modern-day refresh by Netflix.

Additionally, a short documentary by filmmaker Sue Ding titled The Claudia Kishi Club was also released on the streaming service, shedding light on the significance of the character.

Kishi, played by Tricia Joe, is the only Asian American member of the club but is recognised as the “coolest kid” in the fictional town of Stoneybrook.

Speaking to Vice, Ding said the artistic character resonated with her as she was growing up as a Chinese American kid in New York.

“That was huge already,” Ding said. “But I also was an aspiring artist, I wanted to become a painter, I was really interested in fashion, I had really strict parents that I sometimes struggled to communicate with or they struggled to understand me.”

Not only did the character provide representation for the Asian American community, but Claudia also breaks down stereotypes.

“It’s not just about how we feel about being represented, but it actually affects how you imagine what’s possible for yourself,” Ding added.

Claudia’s interest in art was also a unique but relatable representation for female Asian artists. “If you never see that, you don’t even think it’s a possibility for yourself, and I think that’s a big piece of it,” Ding said.  “One of the really cool things about the film was that I did get to talk to all these amazing Asian American creators who are kind of like modern-day Claudias.”

Joy Yamaguchi, co-host of the recently launched Great Idea: A Baby-Sitters Club Podcast, said she was impressed about how cool the character was.

“I think that I saw her as being unattainably cool,” she said, “because I definitely was more of a Mary Anne in how I was in the world: very shy and nerdy.”

“I would say I’m more of a Claudia now,” she continued. “I think I’ve become a lot more outspoken recently and more able to be a voice that stands up for myself and what I believe in. I’m inspired by [her] and I know that she’s a 12-year-old girl in the books, but I like to imagine that now she’s some badass art student somewhere.”