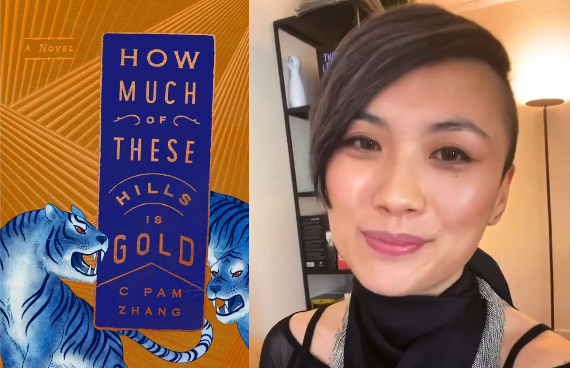 How Much of These Hills Is Gold was named as one of the 13 contenders on the longlist, which only began allowing American authors to compete in 2014.

Zhang said the book’s release is still in its early days.

“It came out while the area was sheltered in place, and we’re still sheltering,” she said. “I haven’t even seen my own book in a book store window yet. I haven’t even had that experience.”

For the author, she the reactions from the readers are more important.

“It’s the readers’ reactions that really touch me, in particular, hearing Asian-American women respond to it and say that they feel the book is depicting an emotional territory that they’ve felt, but never seen represented. That’s really important for me,” she said. “I wrote it for Asian-American children growing up here who are conflicted about their relationship to America.”

How Much of These Hills Is Gold tells the tale of siblings Lucy and Sam who grow up during the California Gold Rush facing gender identity issues as well as anti-Chinese racism.

“To me, Northern California has always been associated with literature and with this mythologized, almost fantastical, landscape,” Zhang said.