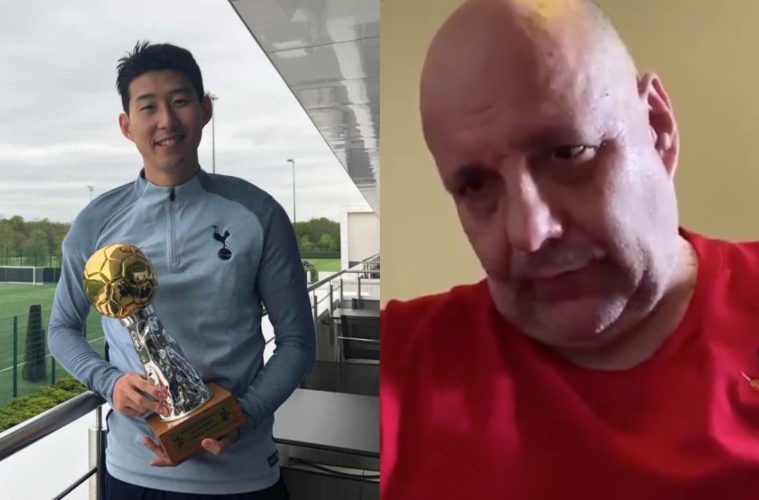 Claude Callegari has stepped down from his position

An Arsenal Fan TV pundit has apologised for calling Tottenham Hotspur star Son Heung-min “DVD” but has denied being racist.

Claude Callegari reportedly said “DVD’s coming off” live on air when the South Korean forward was substituted off towards the end of Tottenham’s 2-1 win against Arsenal.

In a video posted on his Twitter, Callegari apologised to the camera.

“Good morning everyone,” Callegari said. “Well, not good for me. I want to make an apology unfortunately — what happened here a few days ago with the game against Spurs.”

However, Callegari insisted that the term “DVD” was not racist.

“The timing was all wrong when I made the comment and it has caused a lot of offence. I want to apologise to Spurs fans and Son for that, for the offence it has caused,” he said.

Callegari confirmed that he has reached an agreement that he will “come off the channel.”

“I will punish myself as well, don’t worry about that,” he said.

This is not the first time “DVD” has been hurled at the east Asian sports star. In 2017 West Ham fan filmed himself shouting at Son “Can you get us a copy of the new Planet Of The Apes film?” the man says. “DVDs, you do DVDs? Good copies?”

Claude would like to say sorry to anyone that was offended by the comment that was made I 100% didn't mean it in that way but I totally understand why people would get offended. So I sincerely apologise for this.@SpursOfficial @hm_sin7 pic.twitter.com/ZvItllAYR6