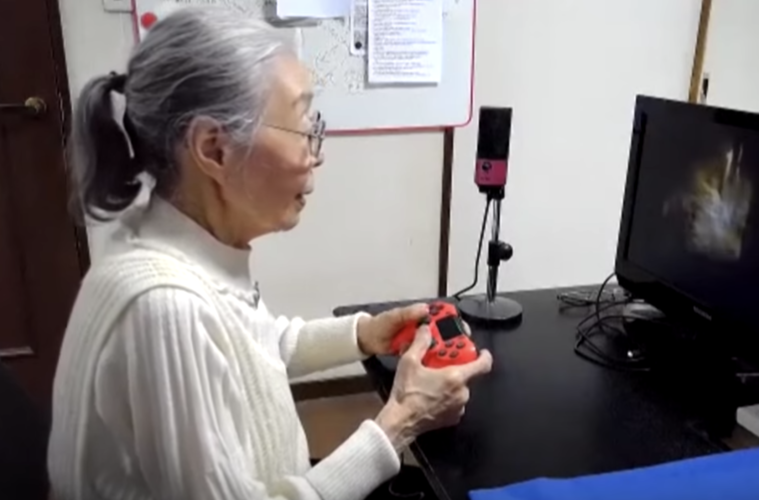 Recognised by Guinness World Records, the granny gamer started gaming 39 years ago. Her first console was a Cassette Vision in 1981.

She now spends over three hours per day gaming and uploads footage of her behind the controller to her 250,000 YouTube subscribers.

Mori, who is based in Tokyo, said her favourite games include Grand Theft Auto, Super Mario Brothers, Dragon Quest, Final Fantasy, Call Of Duty and Skyrim.

“After living for this long, I feel more than ever that playing games for this long was the right choice. I am truly enjoying my life — it’s rosy,” Mori said in a media release from Guinness World Records.

Speaking to SCMP, the pensioner added,  “I’m passionate about playing games every day. Every day is an enjoyable day,” she said, describing eviscerating on-screen foes as a fantastic stress reliever.”

“You can do whatever you want to” in a game, she said, describing them as a “motivation in life.”

As some games require nimble reflexes, Mori conceded that her age is catching up to her.

“It’s getting hard. It really is,” she said. “I won’t put it down just because it’s difficult. It’s better than doing nothing!”

Nonetheless, Nori hopes to continue gaming long into the future.  “I want to play well no matter how old I am,” she said. “I want to continue as long as possible.”