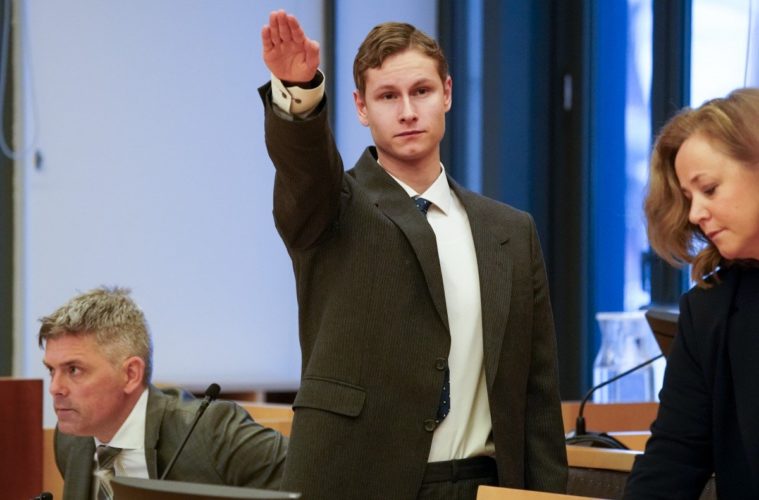 Far-right Norwegian gunman kills Chinese stepsister due to her ‘Asian threat’, gets jailed for 21 years

Philip Manshaus went on to attack a Mosque

SCMP reports that a far-right Norwegian gunman has been jailed for 21 years for killing his Chinese stepsister.

Manshaus believed that his China-born stepsister posed a risk to her family due to her being Asian.

After killing Zhangjia Ihle-Hansen, the Norwegian went on a shooting spree in at al-Noor Islamic Centre Mosque, attempting to kill worshippers.

A 65-year-old member of the congregation overpowered Manshaus and managed to knock his guns away.  Manshaus reportedly expressed immigrant and anti-Muslim views before his attack.

“He went in with the purpose of killing as many Muslims as possible,” judge Annika Lindstroem said.
Manshaus believed that “Europe is under attack from people of ethnic origin other than his own” and that “the white race is on the brink of extinction”.

He also expressed support and admiration for the massacre of the 50 people killed at New Zealand mosques last year.