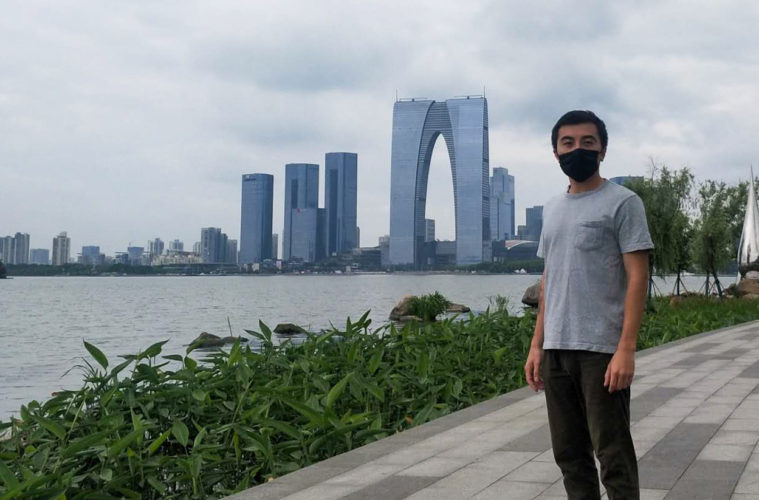 FEATURE: Living in China during the Coronavirus pandemic as an Asian American

"Many of my friends spent two weeks in quarantine"

As the COVID-19 pandemic began to spread, China initiated a nation-wide lockdown. I experienced China’s COVID-19 Response from Suzhou, a Chinese city not far from Shanghai.

The coronavirus has brought unprecedented change to the world. While COVID-19 still heavily impacts many countries, a few are beginning to recover. As an American currently working in Suzhou, China, I’ve experienced China’s COVID-19 response first-hand.

On 27 January, I returned to China as it began to organize a full-scale response to the COVID-19 pandemic. At the time, only a few cases were reported in Suzhou. It was a telling sign, however, that two workers in protective suits scanned the plane’s aisles for potentially infected passengers as soon as we landed.

I returned to China just after the Chinese New Year holiday. I spent my holiday in Taiwan and only heard murmurs of worry about COVID-19. My family also urged me to reconsider returning to China. With protective masks and an unclear sense of the future, I boarded a plane headed for Shanghai. After returning, the first two weeks in China were surprisingly calm. It felt quieter but still relaxed. Some restaurants continued serving food and I could still visit friends. This quickly shifted, however. Soon, China’s COVID-19 response began to take effect.

The reality of the situation began to set in as the middle of February. Apartment complexes began to close their gates to non-residents and restaurants completely closed any dining-in services. Each time I left the apartment, I received a ticket that ensured I would return that same day. Suggestions on the ticket promoted going out less, washing your hands more seriously, and wearing a mask. At every entrance, whether it be for the subway, supermarket, or apartment complex, workers solemnly stood in protective suits to check temperatures. 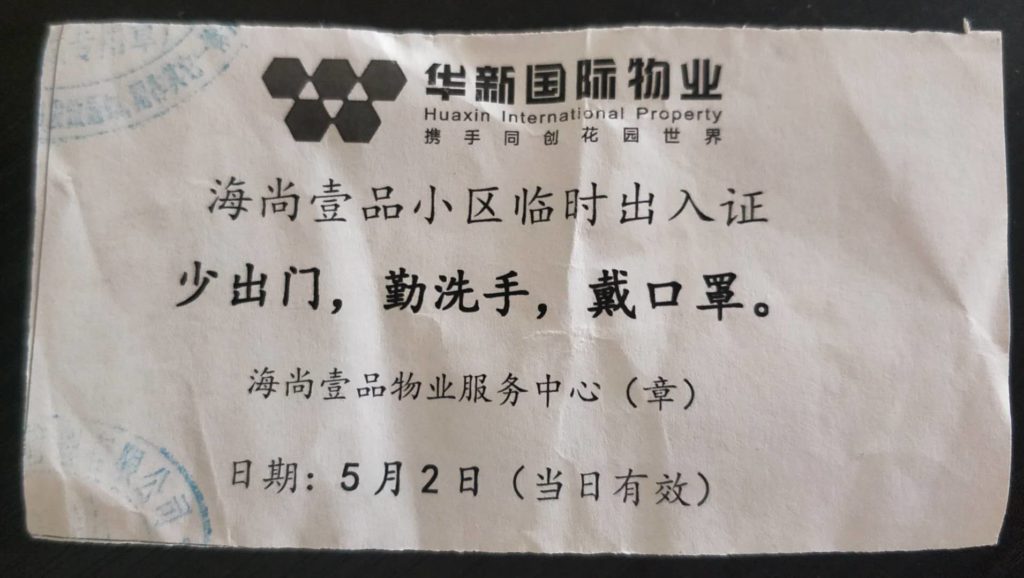 Worries rose as case numbers increased. On 12 February, a report confirmed locations of several local Coronavirus cases. To my surprise, one infection happened in my apartment complex. The idea of becoming infected seemed less abstract and I looked up flight prices in case the situation worsened. Each day workers would sanitize the stairwell in my building as well as nearby roads to ensure the virus didn’t remain on surfaces.

Flight cancellations and the tightening of global travel deepened the impetus to leave China. A week after returning from their Chinese New Year holiday, two friends bought a ticket to leave again. Other friends chose to delay their return to China until case numbers decreased. 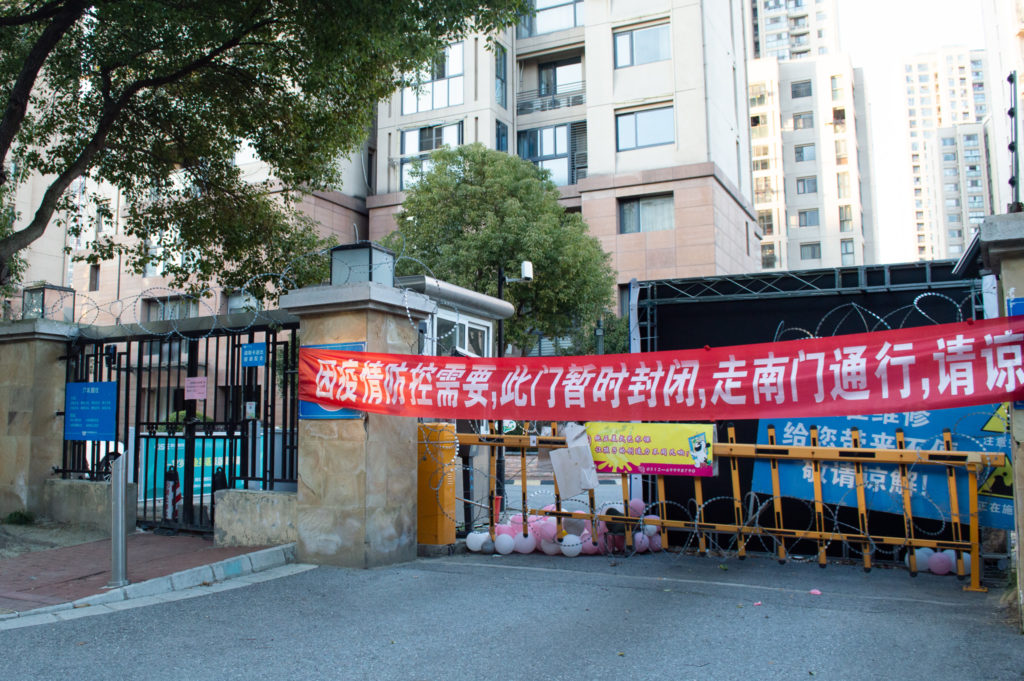 A gate with barbed wire to prevent entry and a Chinese message in red and white – Credit: Troy Wilkinson

Except for grocery shopping, the outside world had stopped. Pandemic-related videos inundated social media platforms. Content about the boredom of staying inside, methods for improving face masks, and celebrations of medical workers rushed into video feeds on platforms such as WeChat and TikTok. 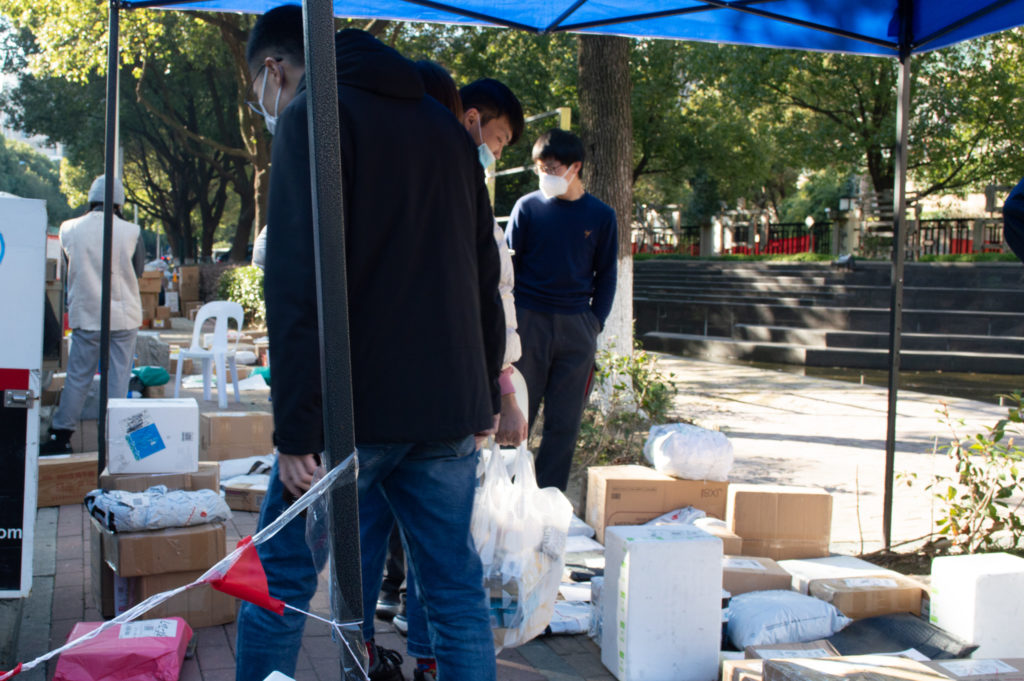 We eagerly hoped that case numbers would begin to decrease. Near the end of March, they eventually did. Shortly after passing 80,000 cases nationally, the numbers no longer rose. Suzhou and its province, Jiangsu, saw two weeks without any new cases. Security levels were steadily lowered and shops were granted permission to reopen.

To prevent a second outbreak, China announced that it would close its borders to foreigners. Upon seeing this, many foreigners purchased return flights to arrive before borders officially closed. Any citizen or foreigner returning from overseas needed to participate in a 14-day quarantine. In either a hotel room or an apartment, many of my friends spent two weeks in quarantine just after returning with basic food provided such as rice and vegetables.

Following the border closures, some Chinese citizens became wary of foreigners. For example, a tea market didn’t allow my friend from the UK to enter. Some hotels and scenic spots still bar entry for foreigners. Other news reports and social media videos have claimed increased discrimination toward black people, specifically those from African countries, in certain Chinese cities.

Now it’s May. Crowds of customers are flowing through shopping streets and coffee shops are busy with chatter. Restaurants and malls have fully reopened again. Not everything has recovered, however.

Temperature checks and face masks remain a daily routine for going outside. Many places, including public transportation, require wearing a face mask. Wherever I go, I must also show a green QR code that confirms I’m not a health risk to others.

After more than five months since the initial outbreak, China’s COVID-19 response has proven to be meticulous. Step by step the nation’s economy is restarting. Schools in Suzhou are steadily reopening and my work is cautiously returning to offline classes. Though normalcy seems imminent for China, COVID-19’s impact will surely persist for at least a few more months.