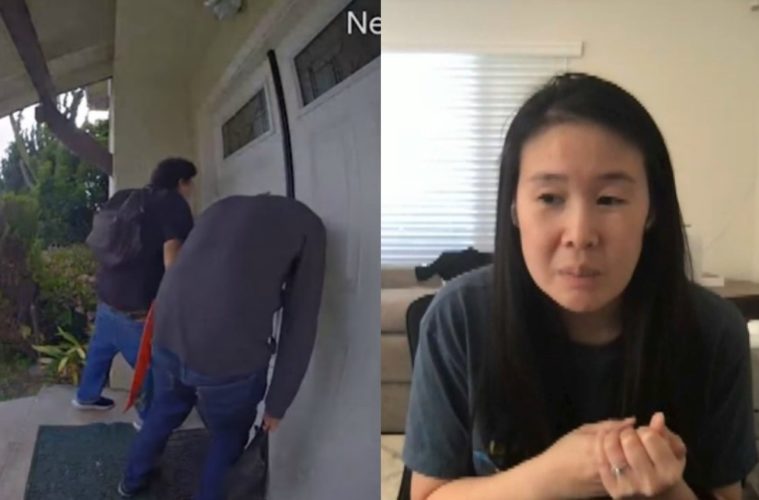 KCAL reports that a group of men were seen spitting at the front-door of a house belonging to Asian Americans.

The incident occurred amid the ongoing Coronavirus pandemic.

Security camera footage taken by the front-door of the house shows three males skating by the home in Bellflower, Los Angeles. Two men then approach the house and spit on the door.

“One spits a huge loogie on the side of my door, which I cleaned up not too long ago. It was dried up and disgusting,” Heather, the homeowner, said.

“The other one was discovered when my husband went to go walk the dogs and when he came back inside the house he noticed the door knob was really slimy.”

Heather added that she was unaware exactly what happened until she checked her surveillance footage.

“I was absolutely disgusted,” she said. “I felt violated.”

The couple reported the incident to the police and posted the video to NextDoor, titling it ‘Domestic terrorism alert in Bellflower’. 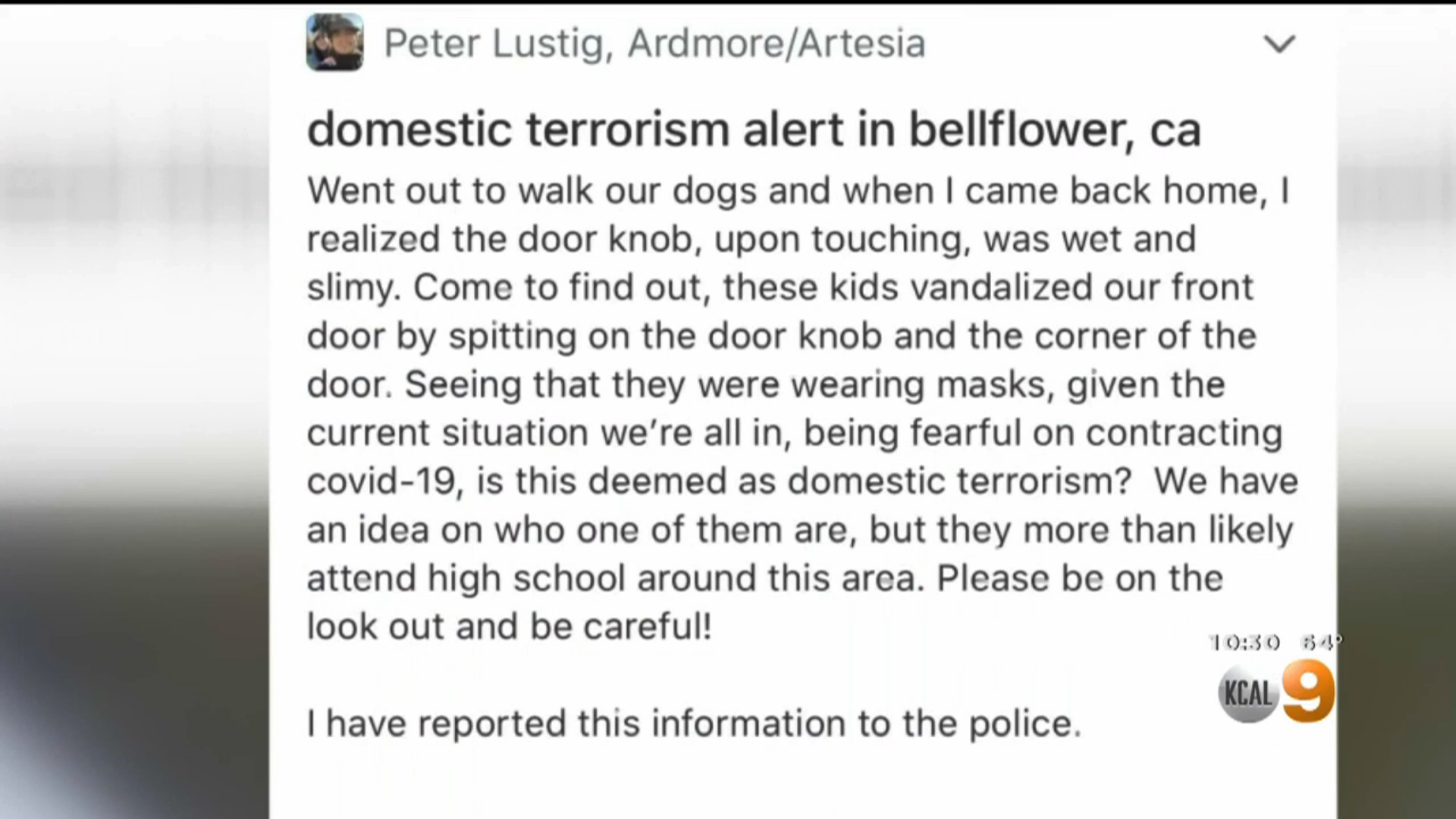 “I mean, I woke up this morning feeling a little sick,” she said. “So I did wake up a little angry, because I was like, ‘Oh my God, what if they were infected or whatever?’”

A Coronavirus hate tracker has shown that Asian women are being harassed twice as much as men.

“I want to do what I can to get the news out there because I’m sure…we are not the only people that these kids might be doing it to,” she added.

In related news a Vietnamese-owned nail salons in Alabama are donating protective equipment in thousands to hospitals.