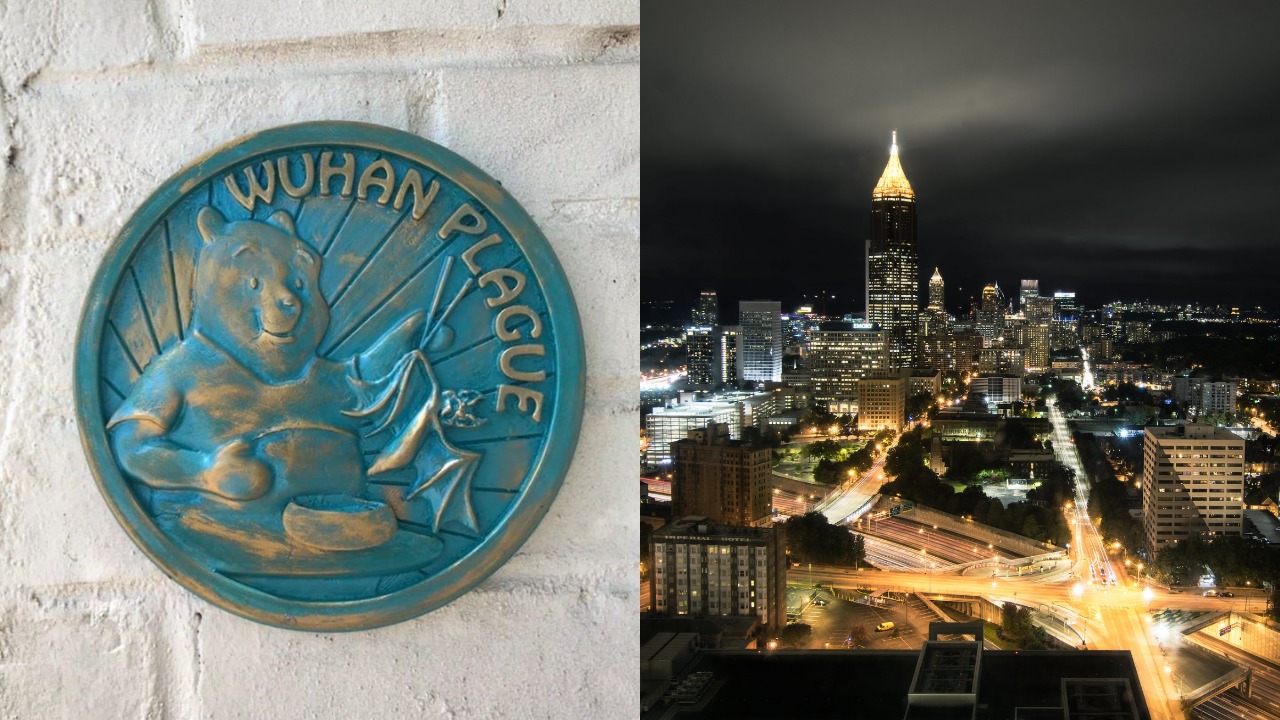 AJC reports that racist Coronavirus plaques are sprouting up in East Atlanta.

Spotted on a building on Moreland Avenue, the plaque shows Winnie the Pooh eating a bat with chopsticks. ‘Wuhan Plague’ is written above it.

It is widely believed that Covid-19 started in Wuhan and was triggered from the consumption of a bat. Last year, memes circulated comparing Winnie the Pooh to Chinese President Xi Jinping.

Similar signs were spotted on a variety of different buildings and fixtures.

Atlanta Police Department’s Homeland Security Uni are investigating but have not made any arrests.

“It’s doing nothing but reinforcing really awful stereotypes,” said Rodriguez. “I have Asian American friends that said it’s allergy season and they’re afraid to sneeze in public because of all of the hate speech.”

Advancing Justice-Atlanta condemned the signs for having“hateful and dangerous rhetoric (that) has consequences.”

“Chinese Americans and those perceived to be are now victims of violence,” the organization said in a statement.

“These plaques are the latest incident to harass the Asian American community and it is important we all condemn it. Hate has no place here.”